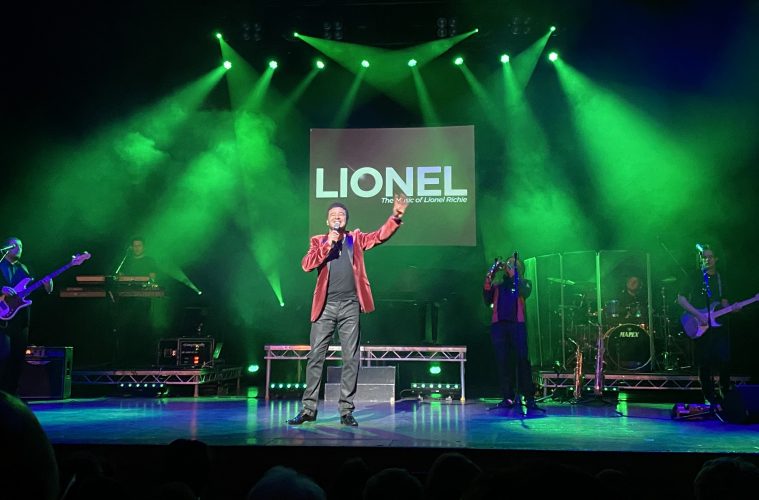 LIONEL – THE MUSIC OF LIONEL RICHIE at Eastbourne's Congress Theatre

LIONEL – THE MUSIC OF LIONEL RICHIE at Eastbourne’s Congress Theatre

HIT AFTER HIT – ALL NIGHT LONG!

LIONEL – THE MUSIC OF LIONEL RICHIE

The music of the ‘mighty mighty’ Lionel Richie will have audiences in Eastbourne ‘dancing on the ceiling’ ‘all night long’ when the popular Lionel – The Music of Lionel Richie comes to the Congress Theatre, Eastbourne on Wednesday 6 July.

Includes hits; Hello, Easy, Three Times A Lady, All Night Long and Stuck on You which are sure to raise the roof and truly celebrate one of soul’s greatest modern superstars.

The show, which features Malcolm Pitt on lead vocals, is in its third year of touring and has received rave reviews across the country. Following his recent appearances with Lionel Richie himself on ITV’s Sunday Night At The Palladium and the Graham Norton Show for the BBC, Malcolm Pitt delivers a powerhouse performance celebrating the music of Lionel Richie and the Commodores, recreating the sensational on stage magic of one of the most successful balladeers of all time.

Malcolm said; “I would listen to Lionel’s second album, ‘Cant Slow Down’ all the time as a teenager, not realising then that I was going to become a singer and sing these fantastic songs for a living.”

“I can still remember when I first heard ‘All Night Long’ being at a house party and everyone was singing around a record player. It was such a memorable experience. And of course, ‘Hello’ seemed to be at number one forever.”

This award winning five-star production also features a stellar line-up of world class musicians including musical director, Jonny Miller from Talon – The Best of Eagles. Add in a glowing testimonial from former head of Motown Records Roger Upright “To call you all a tribute band would be an insult to your talent, I would say you were more an interpretation of Lionel’s music” and you’ll know what to expect with this show. Pure quality.

Lionel – The Music of Lionel Richie at the Congress Theatre, Eastbourne Wednesday 6 July, 7.30pm, tickets priced at £26.50. To book call the box office on 01323 412000 or online eastbournetheatres.co.uk