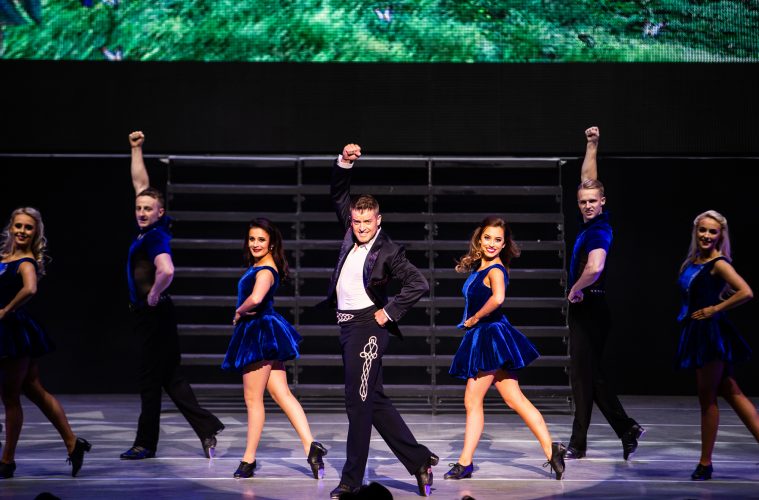 LORD OF THE DANCE – 25 YEARS OF STANDING OVATIONS

Michael Flatley is reviving Lord of the Dance, the most successful touring show in entertainment history with the new show, Lord of the Dance 25 Years of Standing Ovations, which is coming to Eastbourne’s Congress Theatre Tuesday 29 March to Sunday 03 April 2022.

Michael Flatley’s Lord of The Dance has visited over 1000 venues worldwide and been seen by over 60 million people in 60 different countries on every continent. Michael will revive and update the original Lord of the Dance for new generations of fans. The show features more than 150,000 taps per performance as it transports the audience to a mythical time and place, capturing hearts in a swirl of movement, precision dancing, artistic lighting and pyrotechnics.

The journey to Lord of the Dance began with Michael Flatley’s dream to create the greatest Irish dance show in the world. Forged from his ambition and a performance that caught the world’s attention at Eurovision 1994.  Lord of the Dance is the culmination of Flatley’s belief that “Nothing is impossible. Follow your dreams.”

It’s gone on to receive unparalleled accolades, and to break theatrical records across the globe. It has dazzled audiences around the world with its unique combination of high-energy Irish dancing, original music, storytelling and sensuality. The beloved Irish dance show transcends culture and language, soaring into the soul on astounding aerial moves, unparalleled precision dancing and state-of-the art theatrical effects.

The show will go to the next level this year for its 25th anniversary show. Fans can expect new staging, new costumes and choreography plus cutting-edge technology special effects.

Featuring 40 of the world’s most outstanding young performers directed by Michael Flatley, with new music by composer Gerard Fahy. This latest iteration combines the best of tradition with all the excitement of new music and dance.

Michael Flatley comments:“I’m so excited to bring the original Lord of the Dance back to UK Theatres in 2022.  I feel like this is the most vital tour in our 25 year history! The return of the arts is so incredibly important. I hope the tour will help renew spirits and put a smile back on everyone’s faces…”