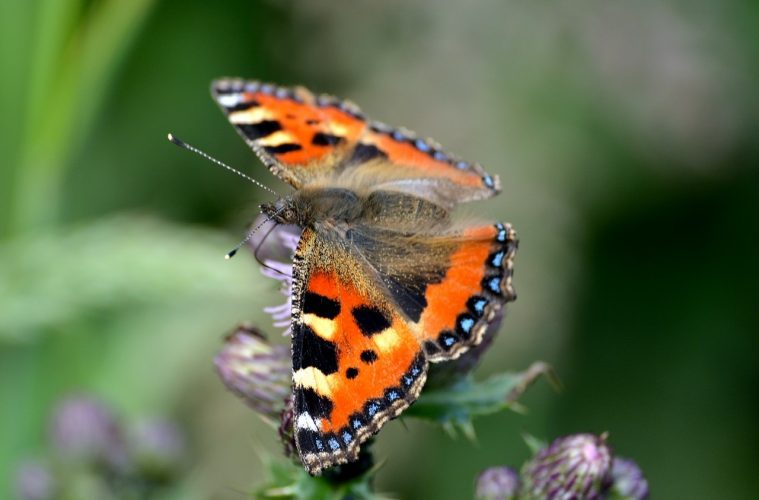 As the sun made a welcome return to the East Sussex skies this week, Herstmonceux Castle Estate cut its wildflower meadow on Thursday to increase diversity of species and encourage future growth.

As the sun rose on the 300 acre Herstmonceux Castle Estate near Hailsham, the garden team  took up their hay forks and maneuvered their trailers into place, ready to collect the freshly cut hay from the established wildflower meadows and transfer it to the newer meadows in order to help increase the diversity of flowers on the wider Estate.

The Herstmonceux team used traditional hay-spreading techniques that go back hundreds of years from when farmers and workers in the field used hay forks to turn the hay to ensure that it was fully dried.

Guy Lucas, the man in charge of land management at Herstmonceux Castle Estate, has been waiting for the rains to subside and ease and for a good patch of weather to usher in so that the meadows can receive their only cut of the year.  When a break in the rain was forecast for this week he contacted a local contractor and booked him in to help with the large undertaking of cutting 3 meadow sites.

He explains: “It is essential that the meadows are cut as this provokes future growth next year, and mimics what the animals would have done in days gone by – stripping the meadows back.”

However, with the butterfly and invertebrate population at the top of the Estate’s list of important visitors, the Castle team ensured that there are areas of the meadow that are left with tall grasses and flowers in order for the butterflies to lay their eggs and go to ground in those areas come the winter.

When Guy Lucas first arrived at Herstmonceux Estate  six years ago the meadow was much sparser and dominated by grass but now there is a vibrant patchwork of wildflowers and orchids and year on year the Estate team are seeing this diversity of flower grow, the grasses reduce, the butterfly population explode in numbers and wildlife thrive.

With three meadow areas on site, perhaps the most impressive is the flood meadow that sits in front of the Folly House.   Water violet, Cornish moneywort and milk parsley are key plants found in this area of the Estate.  Milk Parsley is of specific interest in the South East because this plant isn’t usually found outside of Norfolk.

Guy Lucas adds: “Milk parsley is the only food source for Swallowtail butterflies (also only found currently in Norfolk) and we are keen to encourage further spread of this plant in the future by bringing  an appropriate herbivore species to the Estate such as rare breed cattle or water buffalo. There’s the potential that if we do this well, then the butterflies could arrive by themselves attracted by the increase in the population of milk parsley.”

The third newer 3 acre meadow, which has been rich in orchids this year, along with the unmown verges, were the happy recipients this Thursday of hay and seed from the more established meadows.

Guy Lucas explains: “it’s important to do what we can to spread the seeds to the newer meadows and to further establish the wildflower population there and reduce the grass growth.  This is important because it provides a breeding ground for invertebrates and butterflies which in turn feeds the birds and small mammals such as voles, shrews and harvest mice.  These in turn bring in a wide population of birds (including birds of prey) and bats that we see now on the Estate.”

Visitors to Herstmonceux Castle Estate have been utilising the printed butterfly identification sheets this summer as they explored the meadows.  Butterfly conservation has grown in prominence over the last few years; the National  Big Butterfly Count (the world’s largest butterfly survey) completed it’s survey last weekend and butterfly scientists will use the data gained during the three week period to  learn more about the population and habits of various butterflies.

The bulk of the meadow flowers have now bloomed but there are still yarrow, knapweed and purple loosestrife (a new arrival this year to the meadow) in the unmown parts of the meadow and the formal gardens at Herstmonceux are now ablaze with late summer colour.

If you want to find out more about the sustainability project at Herstmonceux Castle Estate or to view the meadows then visit www.herstmonceux-castle.com

The Gardens are open 7 days a week until the end of October.