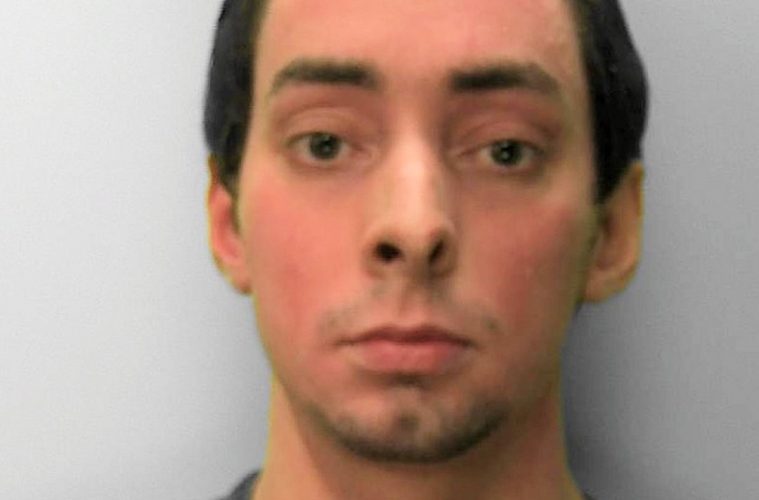 A MAN who drove dangerously at speed on main roads around East Sussex has been jailed.

Luke Vicarey, 23, was first seen around 7.15am on Friday, November 20 by an officer carrying out speed checks on Cooden Drive, Bexhill.

Vicarey was recorded driving at 42mph in a 30mph zone but when the officer signalled for him to pull over so words of advice could be given, he made off at speeds of 70mph.

The officer lost sight of the vehicle and began an area search along Herbrand Walk and Sluice Lane. It sighted the car again at the Wallsend roundabout and signalled for it to stop.

However, Vicarey made off westbound along the A27 Pevensey Bypass. He made multiple dangerous overtakes in the middle of the road, forcing vehicles on both sides of the road to take evasive action.

The officer began a pursuit but called it off shortly after as the risk to other drivers on the road – of which there were many at that time of day – was deemed to be too high.

Police continued their efforts to monitor the car’s movements, and it was picked up on road traffic cameras heading back towards Hastings.

Officers positioned themselves on Combe Valley Way and around 8.20am, Vicarey was seen entering the road from the northern end. When he saw police, he attempted to make off at speed again, including driving the wrong way around a roundabout.

Police were able to make tactical contact to bring the car to a safe stop on the southern end of Combe Valley Way, and Vicarey was arrested.

Vicarey, unemployed, of Albert Road, Bexhill, was charged with two counts of driving a motor vehicle dangerously, two counts of failing to stop a vehicle when directed to do so by police, driving while disqualified, using a motor vehicle on a road without third party insurance, exceeding a 30mph speed limit and fraudulently using a registration mark / document.

He pleaded guilty to all offences when he appeared at Brighton Magistrates’ Court on Saturday, November 21.

At Lewes Crown Court on Friday (December 18), he was sentenced to 12 months’ imprisonment and was disqualified from driving for two years and six months. He must take an extended re-test should he wish to drive again.