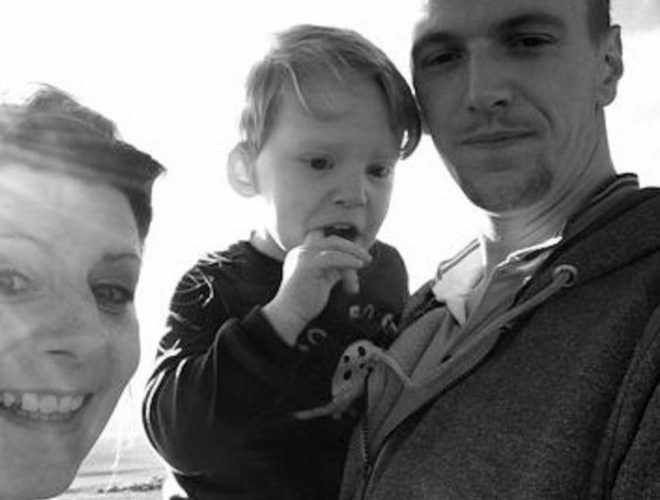 They both appeared in court on Friday.

Her partner was badly hurt.

Toby Jarrett was in the house at the time and escaped through a first-floor window.

Andrew Milne, 42, denies two counts of murder and one of attempted murder.

A third man is to be extradited from Portugal.

Extradition has been sought by the UK for a third suspect who was currently in Portugal.

The request had been granted by Portuguese authorities and a trial is expected to be held in February.