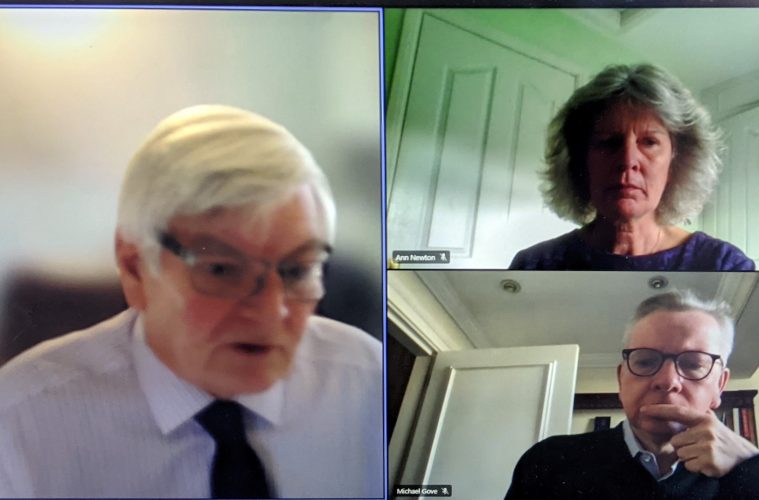 Cabinet minister Michael Gove MP and Wealden District Council leaders have met to discuss concerns over the number of houses the authority has to include in its Local Plan.

The meeting, facilitated by Wealden MP Nus Ghani, was held on Friday 10 December and is part of a concentrated lobbying campaign to the government about the high number of homes Wealden is obliged to provide under current guidelines.

Both councillors were able to reiterate the points already made to ministers previously, but welcomed the chance to discuss them directly with Mr Gove.

Councillor Bob Standley said he felt the minister understood the concerns raised and both he and Councillor Newton were encouraged by the responses to their issues.

These included the way the 5-year land supply (5YLS) was calculated. In the Wealden District Council area there are more than 7,500 permissions for new homes given, but not built out – with the unpalatable effect that unbuilt permissions mean there is a lack of a 5YLS, which has encouraged further speculative planning applications.

The current use of 2014 population data rather than more up to date 2018 figures was also questioned.

Mr Gove thanked the councillors for raising the topics and officials say he was clearly sympathetic to issues and solutions proposed.

Government is reviewing the position and further details are expected early in the New Year.

Both Councillor Standley and Councillor Newton emphasised what they described as the importance of getting a new Local Plan in place and said they will, following their meeting with Mr Gove, continue to raise the issues with other ministers.