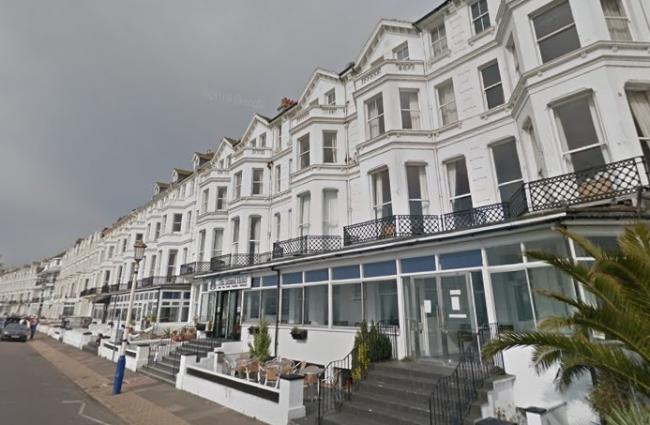 More than 100 migrants are staying at Eastbourne hotel

More than 100 migrants are staying at Eastbourne hotel

The imposing seafront Strand Hotel on the Grand Parade at Eastbourne is housing migrants.

This is how the Daily Mail featured this yesterday: “The perfect destination for families, the hotel with £130-a-night rooms is near ‘beachfront fun, historic landmarks and evening entertainment’ as well as being less than ten minutes’ walk from the pier and town centre.

It provides a ‘home-away-from-home feel’ for those who stay, it adds on its website.

Yet this weekend more than 100 migrants were the only guests entering and leaving the three-star hotel. When The Mail tried to book a room, we were told it was closed to paying visitors.

Uniformed security guards at the entrance turn prospective guests away, saying the hotel is block booked by a ‘private organisation’, believed to be the Home Office. No smoking signs around the building are written in seven different languages, including Arabic. All the guests there this week were in their late teens and 20s, many appearing to be Iraqi or of North African heritage.”

The Daily Mail has visited four hotels housing the newcomers, and found that families are furious they have had their bookings cancelled and can’t use the facilities because the establishments are now full.