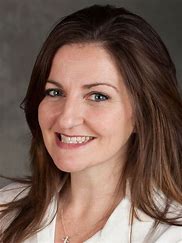 MP: 'LibDems must choose to act' in Eastbourne's cost of living crisis

MP: ‘LibDems must choose to act’ in Eastbourne’s cost of living crisis

Eastbourne and Willingdon MP Caroline Ansell has spoken with the local government minister to ask her to allow the borough council to set up an emergency fund to help people with the cost of living crisis.

The meeting with Kemi Badenoch yesterday received an assurance that the Department for Levelling Up, Housing & Communities would be open to dialogue over the council dedicating a percentage of the returns from selling property assets to fund the scheme.

The government’s bailout conditions mean that it would need a ministerial green light for this to happen.  Caroline was told that, although it was not a usual accounting, discretion to do it would be considered.

The council’s financial position means it has had to evaluate its £40 million portfolio to identify properties to sell to fill the blackhole in their books. This local support fund could be a silver lining to that.

“I am really pleased the minister is open to looking at this idea and I will do all I can to help make it happen,” said Caroline. “It forms part of an amendment by my Conservative borough council colleagues at council tonight to work with Government to help local people struggling with the cost of living.

“The Government is open to the idea but it is really now over the Lib Dem Councillors to choose to act.”