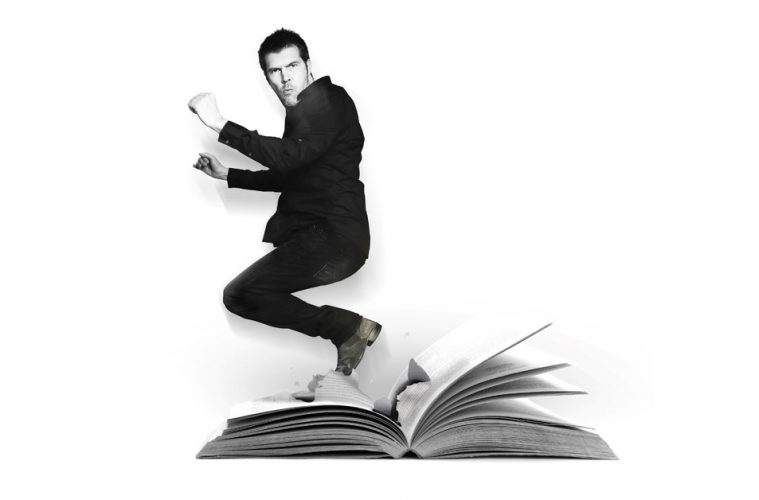 The multi-award-winning Welsh comedian Rhod Gilbert is headed to Eastbourne’s Congress Theatre on Saturday 9 October and there couldn’t be a better time to get a date in the diary to spend an evening in the company with this hilarious, acerbic comic.

Rhod’s brand new live show The Book Of John which sees him storm back to the stage with his trademark volcanic delivery is sure to be a dazzlingly funny night out.

In a seven-year break from stand-up, a lot has happened to Rhod.  Almost all of it s**t. Just when he thought he’d hit rock bottom, he met a bloke called John.

Gilbert has had a terrible time of late: losing his mother to Alzheimer’s, suffering a small stroke, struggling with infertility, heavy going material for a Saturday night, but not in Gilbert’s clever comic hands.

Because of the stroke, Gilbert was unable to drive for a year and so hired a chauffeur: John. This turned out to be a comedy goldmine: John was full of opinions and liked to talk. Gilbert wrote it all down and thus – The Book of John. This achingly funny and moving night out sees this powerhouse comic finding the laughter that can be wrenched from fear, despair and a seemingly dim-witted driver.

Gilbert is a familiar face on television screens including Dave’s Rhod Gilbert’s Growing Pains, and BBC’s Rhod Gilbert’s Work Experience as well as Would I Lie to You? Taskmaster, QI, Live at The Apollo, and Have I Got News for You?

InThe Book Of John Rhod is as funny as ever, but like never before, raw, personal and brutally honest.

The venue is run with full COVID security systems in-place and is part of the See it Safely campaign, all tickets come with the Eastbourne Theatre Covid guarantee, for more information on how the theatres are keeping audiences safe see eastbournetheatres.co.uk/your-visit