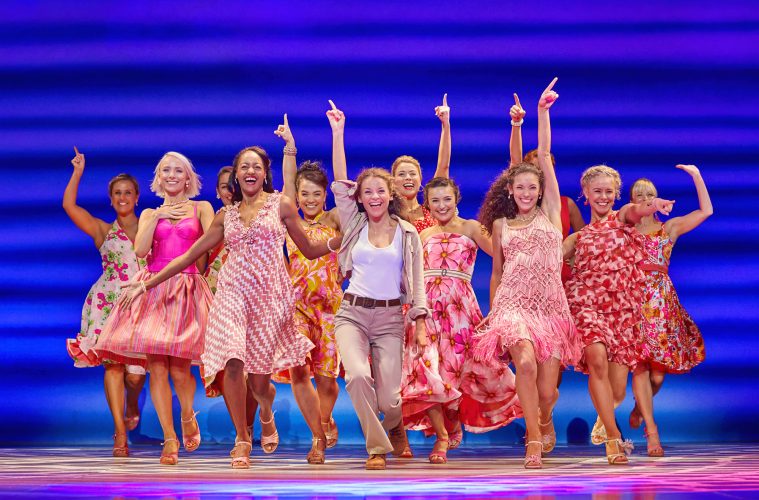 The Congress Theatre, Eastbourne is playing host to some of the biggest touring musicals in the UK with a huge selection of shows including CHICAGO, Mamma Mia, The Addams Family, Bat Out of Hell and School Rock this spring. The only difficulty will be deciding which ones to come and see!

Set amidst the razzle-dazzle decadence of the 1920s, CHICAGO is the story of Roxie Hart, a housewife and nightclub dancer who murders her on-the-side lover after he threatens to walk out on her. Desperate to avoid conviction, she dupes the public, the media and her rival cellmate, Velma Kelly, by hiring Chicago’s slickest criminal lawyer.

March is given a boost when the glorious heat of a sun-drenched Greek island paradise is recreated with a show which promises an upbeat dose of pure happiness, Mamma Mia! (1 – 12 March). Making it’s Eastbourne debut this ABBA filled musical has thrilled audiences around the world, now you can be transported and have the time of your life with this unforgettable musical – right here on your doorstep!

Get ready to rock with Andrew Lloyd Webber’s School of Rock the Musical (12 – 16 April), this high energy musical is packed with storming rock including 14 new songs from Lloyd Webber, plus all the original tracks from the movie. Add to this an incredibly talented group of kids playing live every night and ladies and gentlemen, boys, and girls you WILL ROCK! This show will blow you away and warm your heart in equal measure. The global-hit musical was a five-star smash in the West End, if you saw the film, you’ll love the musical, this show is ideal for ages 5+.

Broadway musical comedy The Addams Family heads to Eastbourne from 10 – 14 May; if you like your musicals with a spooky touch this is the show for you! The Addams maybe creepy and kooky but they sure are entertaining! The five-star hit comes to Eastbourne for its only South Coast date on the current tour. Packed with original music performed by fully live orchestra and starring Strictly’s Joanne Clifton as Morticia this musical comedy is full of heart.

Another smash-hit West End musical now out on tour and headed to the Congress is Bat Out of Hell (24-28 May), the award-winning hit show featuring Jim Steinman’s and the unforgettable Meat Loaf’s greatest hits. When the world lost the rock and roll legend Meat Loaf this January, we were reminded just how many hits this incredible entertainer gave us all. This electrifying show includes them all, all the anthems presented with the raw passion they deserve from a supremely talented cast.

All performed nightly at 7.30pm plus Thursday and Saturday 2.30pm matinees (extra Wednesday 2.30pm matinee for School of Rock), at the Congress Theatre, Eastbourne, to book call the box office team on 01323 412000 or see eastbournetheatres.co.uk