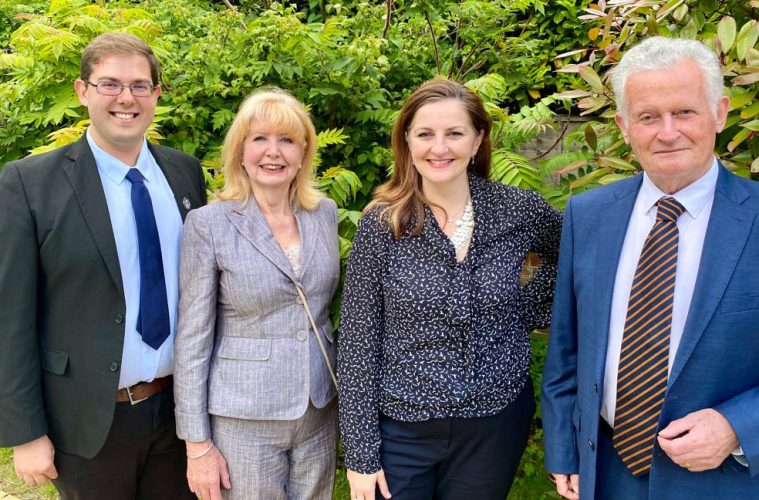 There will be a new name on the ballot paper for voters in Meads ward at next May’s borough elections, following a recent selection meeting held by Conservative members.

The Conservatives currently hold all three seats in Meads and have just selected Nicholas Taylor to be the candidate to replace current councillor Barry Taylor who has announced that he is retiring from the Eastbourne council chamber after a long and distinguished service to residents. Nicholas will stand alongside sitting councillors for Meads, Jane Lamb and Robert Smart.

Councillor Barry Taylor congratulated the new candidate, Nicholas Taylor saying “It’s time to stand down, having been a Borough Councillor since 1993. I have enjoyed my time as a councillor for Meads and now welcome Nicholas Taylor who was successfully chosen a future Meads candidate in the May elections of 2023.  I will continue as the County Councillor for Meads. I am, of course, looking forward to working with Nicholas and feel sure he will make an excellent councillor.  We may have the same name, but are not related!”

Speaking on being chosen as a candidate, Nicholas Taylor said: “I want to pay tribute, especially, for the work of Barry Taylor and for his years of service. I am excited to be selected for the area that I have made my home.

“I have already stood side-by-side with the community and councillors: Jane Lamb for the Meads Street Post Office; and Robert Smart fighting for the Bandstand’s restoration. I will be working closely with our MP, Caroline Ansell, on topical Meads issues as she continues to take them right to the top of Government for us.”