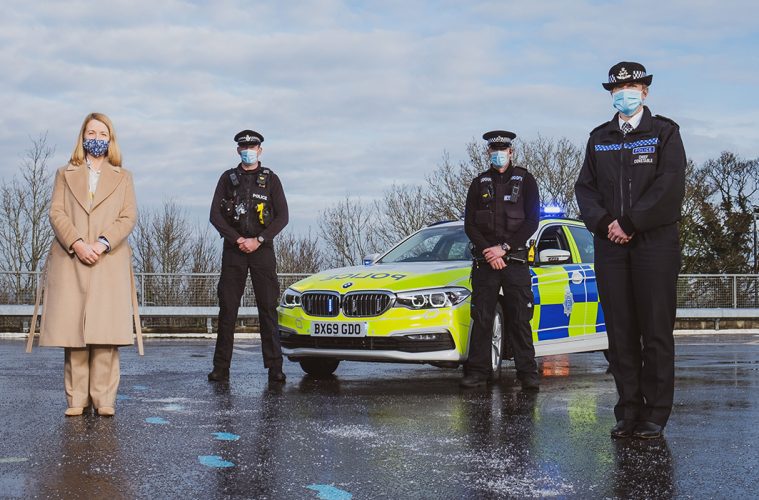 A new police unit has been launched to track and catch dangerous and wanted criminals using the Sussex roads network.

The Specialist Enforcement Unit (SEU) will carry out disruption and enforcement operations on roads across the county, targeting those involved in serious, organised and violent crime.

The SEU, a mix of highly-trained police officers and detectives is equipped to be a one-stop-shop for road crime – with the ability to identify, intercept and apprehend offenders, as they travel, seize drugs and stolen goods, and to investigate the crimes through to conviction.

So far the unit has clocked up more than 750 officer hours on visible proactive work across Sussex, made 17 arrests for supply of class A drugs, money laundering, drug relating motoring offences, seized six vehicles, made 93 seizures of class A drugs including crack and heroin and during one job alone they seized £10,000 worth of cocaine, £20,000 cash and safeguarded a 16-year-old involved in county lines drug dealing.

The unit is the latest in a series of police enforcement teams to be launched across Sussex in the past year funded by the Government’s Uplift programme and local precept investment.

Chief Constable Jo Shiner said: “The launch of the Specialist Enforcement Unit is providing extra, visible and robust policing on Sussex’s roads, with the ability to deter, detect and disrupt those intent on travelling to commit crime.

“They use both marked and unmarked vehicles and are equipped with the latest technology to identify and intercept known offenders, target hot spots, and support colleagues in making the roads safer for everyone – one of our key priorities.

“From drugs and violent crime, to people trafficking, child exploitation and theft, most criminals have to use the roads which are therefore prime hunting ground for the police.

“The SEU is charged with relentlessly pursuing and catching some of our most dangerous and prolific criminals by denying them use of the roads.”

Sussex Police and Crime Commissioner Katy Bourne said: “The public will be delighted to see Sussex Police fulfilling their commitment to proactively target and disrupt prolific criminals who are using our road networks.

“Specially trained officers will be using smarter policing and tougher enforcement to make our roads safer which I know is one of the top priorities for local residents.

“I look forward to seeing this team in action in the near future once it is safe to do so.  In the meantime, I will be receiving regular updates, including details of the criminals they catch on our roads.”

The team is made up of experienced police officers and detectives with a blend of specialist skills and who can use a range of tactics to tackle criminals using the road network, including advanced driving skills and the use of a police dog unit to track offenders and search vehicles.

Covering hundreds of miles of road network across Sussex, the team will carry out operations and proactive patrols, working closely with colleagues and supporting the work of regional and national agencies, targeting some of Sussex’s most wanted and prolific criminals.