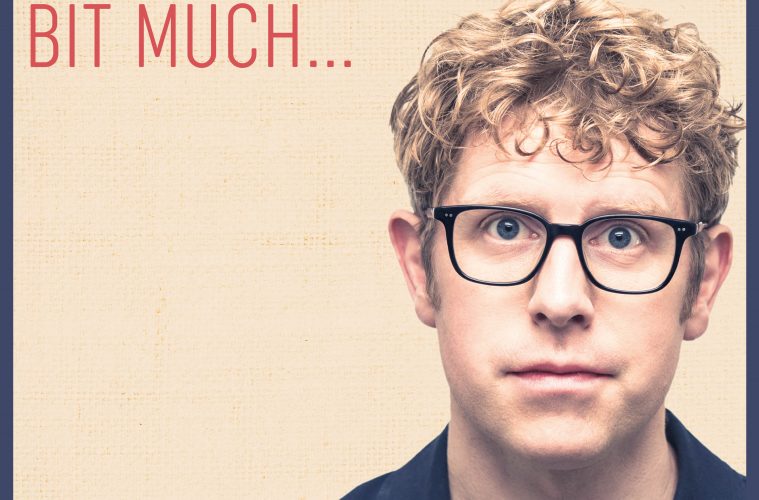 Brighten up February with a night of comedy as Josh Widdicombe is heading to Eastbourne’s Congress Theatre in his stand-up show Bit Much; on Saturday 12 February, 8pm.

Some extra seats have been released, including in the popular raised stalls area of the theatre, with tickets priced at £22 it’s a night out of laughs guaranteed, which let’s face it is needed more than ever in February!

A recognisable face (and voice) Josh is well known from his appearances in The Last Leg, plus his critically acclaimed sitcom JOSH, Insert Name Here, QI, Have I Got New for You, A League of Their Own and his hit podcast Quickly Kevin Will He Score.

The guy everyone can do an impression of is back with a brand-new stand-up tour. A show that will change your life and how you perceive your place in the world. Bit much? Fine, it’ll be a very funny night of grumbles and jokes in which Josh will finally tackle the hot comedy topics of advent calendars, pesto and the closing time of his local park.

Widdicombe’s style of comedy for the uninitiated is best described as finding a minutia irritation and turning it into a full-blown bluster – which by the end of it will have the audience agreeing and in-turn wondering why they’ve not been so infuriated by the subject before!

Minor disturbances become extended rants. His gripes and frustrations are the result of an acute observation which makes his comedy so funny and so relatable – whilst at the same time absurd and ludicrous. Nobody should get that irate about their organic home delivered vegetable box, and yet in his hands it’s brilliantly funny.

Josh Widdicombe in Bit Much, at Congress Theatre, Eastbourne on Saturday 12 February, 8pm. Tickets priced at just £22, to book call the box office on 01323 412000 or see online www.eastbournetheatres.co.uk