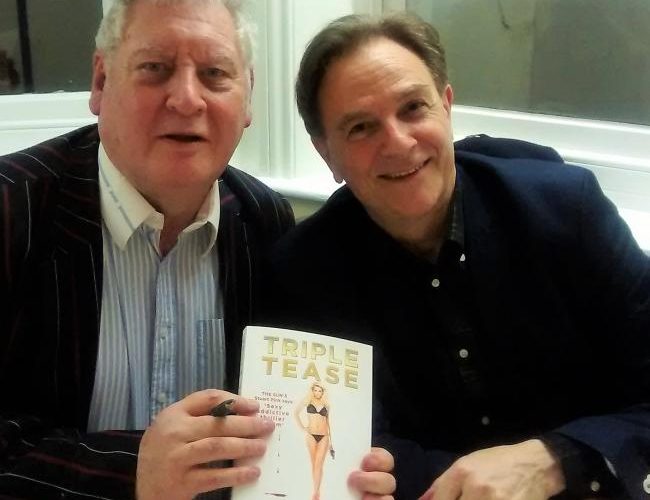 AN OPINION PIECE BY TONY FLOOD

The traumas of the past horrific year have not been helped by acts of stupidity that screwballs Dumb and Dumber would have been hard pressed to match.

Celebrities are often the biggest offenders, and try to point the finger of blame at the Press whenever their misdemeanours come to light.

The media, of course, has sometimes been guilty of abusing its power, but most of the fault lays with the complainants themselves.

Johnny Depp shot himself in the foot by making an unsuccessful libel claim against the publishers of The Sun over an article calling him a ‘wife beater’. All he achieved was to highlight the allegations made against him by his ex-wife Amber Heard.

So Depp is a leading contender for my Dumb and Dumber award. But there are plenty of other contenders.

Meghan Markle looks to be making a similar mistake in her privacy lawsuit against the Mail on Sunday over its publication of excerpts from a letter she wrote to her father. Instead of protecting her privacy, she is encouraging the full glare of publicity – and risking more allegations about her and Harry damaging the royal family.

Taking high risks does not seem to be a deterrent to some. Yet their misdemeanours usually come to light due to the diligence of the media (with a few notable exceptions).

Channel 4 News and the national Press revealed a pattern of apparent dishonesty by BBC journalist Martin Bashir in obtaining interviews with Princes Diana and others.
Diana’s brother Earl Spencer accused Bashir of creating fake documents to convince her to speak to him in 1995, but the BBC appeared to gloss over the allegations. And the corporation has been accused of pre-judging its own inquiry by claiming that Bashir’s “deeply regrettable” behaviour in faking bank statements was not criminal.
Can we ever fully trust the BEEB again?
Talking of taking outrageous risks and shooting yourself in the foot, who could do a better job of it than Donald Trump?

Britain has not experienced mass protests as bad as those Trump’s words triggered in the USA, but those held here have defied the Government’s coronavirus rules, with police just looking on in most cases instead of taking action against law-breakers.

So will we see lessons learned from the mistakes of others – such as those made by Rita Ora, fellow showbiz celebs and sports stars in ignoring coronavirus safeguards?
More reckless acts could leave offenders with blood on their hands as covid infections soar throughout the country, even in community-conscious Eastbourne!
Hopefully, we will see far less stupidity in 2021. But I fear other covididiots will emerge.