Opinion: Eastbourne Stand Up To Racism 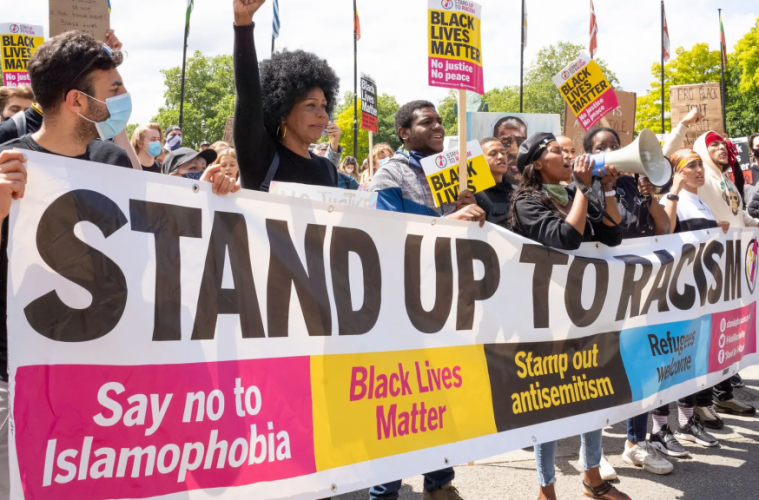 Opinion: Eastbourne Stand Up To Racism

Beauty And The Beast In A Digital Age: Revealed, The Face Of Humanity And Of Monsters.

Last week United Voices of the World Union held an on online solidarity zoom rally in support of the Sage Care Homes strikers. Our priorities have changed during this pandemic.

Many of us have come to understand the huge debt of gratitude we owe to our keyworkers who have been providing our most essential services. We have learnt to appreciate both their skill and their necessity, and just how difficult their jobs are. The dedicated and hard-working carers in care homes are included here.

Many of us join in with the clapping on Thursdays during lockdowns. We want to show our appreciation to the NHS staff and our carers and other keyworkers.

But clapping doesn’t pay the bills; feed families; keep homes warm; prevent covid-19 evictions, or relieve the stresses and strains caused by poverty. Many of our valuable keyworkers are subjected to the lowest pay and worst conditions of our workforce. The Sage strikers had endured enough, and after failed talks with the board, they turned to the Union. What did they want? Nothing more than the very basics, a minimum £12 per hours wage, and equal holiday entitlement and sick pay conditions with the NHS.

Many of us wanted to show our solidarity with the strikers, to encourage them in their struggle to achieve a decent standard of living. Solidarity with our fellow workers is not only beautiful, but it is also powerful. The 9 weeks Rolls Royce strikers had proved this by securing a 10-year manufacturing plan in the face of plant closure.

The Sage Care home strike could truly be historic. If successful, it will have a roll-on effect for the working rights of the whole of the care sector. Many of us were keen to show our support.

With the restrictions on physical picket lines online rallies have been organised. During these calls, we hear directly from the strikers and a host of people representing a whole range of different groups, all queuing up to show support.

The atmosphere can be truly uplifting as we share our humanity in the face of need. And we learn a lot from each other. One worker turned her computer around to show us her substandard living conditions, illustrating the effects of poverty wages. ‘Surely I deserve better than this’? Yes. You do. In the 6th richest country on earth, it IS possible for everyone to enjoy a decent standard of living. B

ut instead, whilst billionaires can legally divert their profits into offshore accounts, we have workers being legally evicted despite working long and sometimes precarious hours, and often having more than one job.

I saw a monster at this rally. A double headed monster that was both amorphous and had a face. To explain. Many of our lowest paid workers are from black and minority ethnic groups. The care workers at Sage had turned to the United Voices of the World Union to help them in their struggle.

This union has 5000 members who speak 50 different languages and originate from 90 different countries. So you can see why UVW would become a target for hate campaigners. And here’s how.

Have you heard of zoom bombing? Simply put, this is when people invade an online call in order to disrupt. It happened. We were not long into our rally when the bombing started. A young woman was talking when an onslaught of the vilest racist abuse began.

And with sexist and misogynist language of the worst kind being thrown in. On and on it went. Not only was it heard but it also started appearing in the chat. It was a good while before the hosts regained control of the meeting. And all the while the shocked and embarrassed face of the speaker remained on screen.

The abuse was shocking. It abruptly contrasted with the beautiful solidarity shown by so many during the rally. The beauty and the beast there on screen.

Anti-racists have an important job to do. Both in tackling and dismantling the embedded societal racism (in this case within the Labour market); and in tackling the individual racists that are aiding and abetting. In fighting for a fairer world for all we address the grotesque inequality that leads to a rise in racism.

The online Sage Strike rally was inspiring and hopeful. The zoom bombing racism was ugly and condemnable. We can make a difference. We can either lend our attentions and our efforts in contributing towards building a better world for all, or we can join in with that race to the bottom for humanity, the divisive hatred that threatens our communities. What sort of a difference do you want to make?

Eastbourne Stand Up To Racism