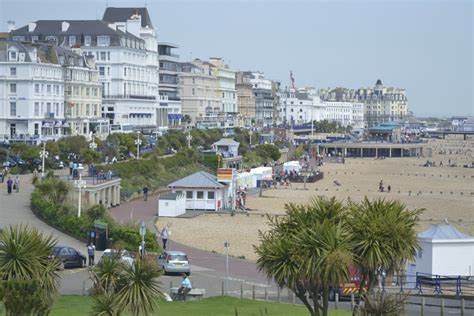 Opinion: 'Hardship of people in Eastbourne is a political choice'

Opinion: ‘Hardship of people in Eastbourne is a political choice’

Yesterday the streets of London filled with nurses, doctors, teachers, rail staff, healthcare workers, carers, and activists to demand change. People were there because they are no longer willing to work hard for a poverty wage while large corporations cream off massive profits. People urgently need their wages to go up and their bills to come down. The protest was noisy, determined and angry although entirely peaceful. These activists were fighting for a better society for us all.

In Eastbourne, 11,000 households are in receipt of Universal Credit. One in three schoolchildren are living in poverty. Nationally we know that six in ten residents of the UK are now struggling to make ends meet.

This cost of living crisis is not because of the pandemic. It is not because of an increase in the elderly population or even because of foreigners and refugees coming to the UK. It is because we have a government whose sole interest lies in assisting large corporations grow mega profits while paying workers peanuts. We have seen one massive rise in energy prices last May and are heading for another one in October. But the corporations like British Gas are recording record profits.

The hardship of people in Eastbourne and all around the UK is a political choice. Not just of the Tory party but every political party, person and organisation that seeks to maintain this economic system we live in.

Our NHS is being destroyed because we have politicians who want to allow corporations to profit from our illness. Our education system is in tatters now government is simply handing funding to private businesses who set up academy schools. Our environment is in crisis as governments will not impose regulations on private businesses to help protect our planet, for fear it will hamper their profits. Poverty wages, escalating prices, poor quality services, the housing crisis, food and fuel poverty are all political choices.

We as a population need courage. We need to decide on where we stand politically and fight for the changes we want to see. If we stand back and wait for the politicians to start caring it won’t happen. There is no point saying “I’m not interested in politics” for every aspect of our lives is determined by politics. There is no point sitting on the fence and hoping to ‘keep everybody happy’ because people who stand in the middle of the road simply get run over. We need to believe in ourselves, in humanity, in a caring and just society and be willing to work for it.

It is the people who have a vested interest in this system being maintained who are pitting communities against each other. They are telling us to blame the foreigners, the refugees, the poor, the homeless, the activists, and our elderly because they don’t want us to blame them. This is what is known as populist politics. Getting people to pick on each other rather than their leaders. It is how Hitler managed to get the cooperation of many German people.

Take hope from the knowledge that so many travelled to London for yesterday’s TUC demonstration. Let’s start building on that movement and being the change we want to see.