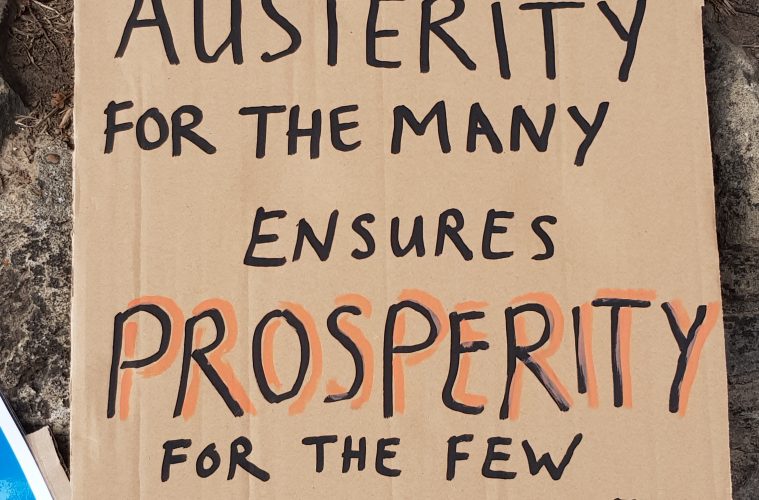 Opinion: Let's ditch those elite-serving-narratives and get on with the job of standing Stronger Together

Opinion: Let’s ditch those elite-serving-narratives and get on with the job of standing Stronger Together

The Eastbourne bin strike raised an important issue that may not have been immediately obvious to those who were focusing on whether to put their bins out or not. The issue I am referring to is that of narratives, and whose purpose they are serving.

Many local activists have, for many years, been discontented with the narratives perpetuated by the elite media propaganda club. Narratives with embedded messages that are drip fed to our population to get us fighting amongst ourselves, rather than lifting our heads up to notice who benefits when we are so busy pointing the finger at each other.

Local activists have recognised the importance of growing an alternative media that challenges the elite serving billionaire owned mainstream media. We get the bulk of our news from these alternative sources. But most people don’t. So, we activists remain in our minority campaigning bubbles whilst many locals carry on seemingly believing the mainstream news sources.

Much of the discussion on our Town’s online platforms seems heavily influenced by mainstream media thought. Repeated over and over, as if unexamined. At times it seems there is little understanding of how, (by repeating this stuff), we are being divided and ruled over, and we are doing the job of the ruling classes by taking the heat off those who are making a packet off the backs of the exploited – courtesy of the rigged global economic system.

This is the dilemma for activists. Can that dominant narrative be changed?

Locally, it has sometimes been possible to change some of these self-defeating narratives. Activists have, for years, been engaged in endless discussions, on the Town wide social media forums, challenging such narratives and offering the alternatives. It is a lot of work. Years of repeating and challenging over and over. But we have had successes.

When a boat of refugees arrives in our harbour, it is now the anti-racist message that predominates in the Town wide discussion. The racists are no longer in charge. For years the anti-racists used to make up only about 5% of the comments. On one particular platform regularly hosting terrible “let them drown” Katie Hopkins type comments. It seemed impossible. But we now have the reins of that narrative. There were far more anti-racists in our town than those in control of the narrative at that time realised. Anti-racists who hit their keyboards whenever needed. Our Town’s Black Lives Matter demonstration helped, as too did setting up a Stand Up to Racism Group.

Moving on. The next narrative that needs challenging has now begun. During our Town’s bin strike, we had all the expected anti-union, divide and rule type rhetoric inserted into the announcements by the Lib Dem Council bosses. Stirring up resentments. And sure enough, it wasn’t long before this narrative started creeping into the online discussions. Divide and rule rhetoric being repeated across up to 10 Town platforms at once. The strikers were “demanding” . The strikers were “greedy” for not accepting 3% like the nurses etc. The strikers were “preventing the non-strikers from earning a living”. (Total rubbish!)

But. There were enough of us to challenge that narrative, revealing it for what it was. There were enough of us who were supporting the strike and putting across the alternative to lashing out at each other. It was hard going. People seemed to love taking pot shots at the strikers, who were only, after all, wanting fair pay and decent working conditions. Not much to ask for. But the way some people were carrying on it was if the strikers were wanting to squirrel away their millions in offshore accounts to avoid paying their taxes!

And even though the strike is over, this type of discussion continues. Local activists are busy online trying to change those elite-serving-narratives that undermine our capacity and the need for us to stand in solidarity with each other. It doesn’t stop here. There will be more fair pay disputes in this Town.

There is a cost-of-living crisis, and worse to come with April energy hikes and a National Insurance increase. Whenever there is a financial crisis, under this current economic system, it is always the least well off that are expected to pay for it. Real wages in sharp decline for many years, and all the while the rich are raking it in. They raked it in whilst we were paying for the banking crisis. They are raking it in now on the back of Covid. There are more millionaires and billionaires than ever. During the pandemic the richest 1% saw their collective income increase every day by £390 million.

So, let’s not fall for elite serving spin. Let’s get on with the job of fighting back and sticking up for ourselves and for each other. We all need and deserve a decent standard of living. So, solidarity with all fair pay disputes in this Town and beyond. The year ahead will be tough. We will either sink (whilst repeating like lemmings those narratives that work against us), or we can stay afloat by recognising we are stronger together. We have more in common than this bent economic system’s winners want us to realise.