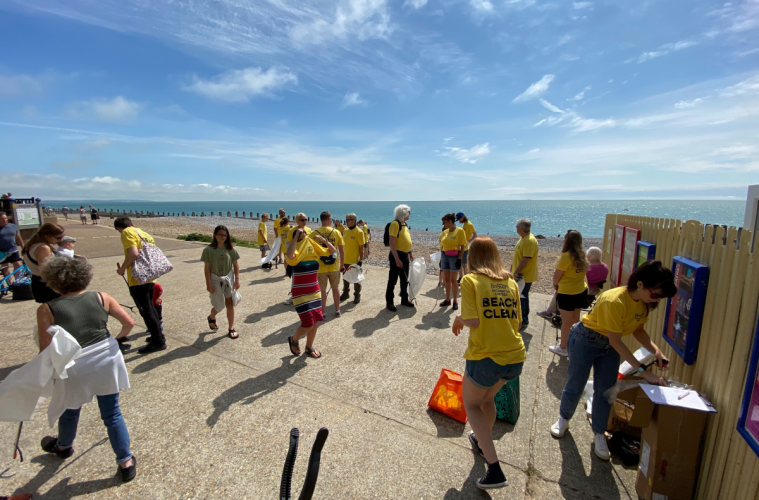 Opinion: Why do visitors leave so much rubbish on Eastbourne beaches?

Opinion: Why do visitors leave so much rubbish on Eastbourne beaches?

A big thank you and well done to all those that help keep Eastbourne looking clean whether it’s an organised effort like Brewers’ or simply people noticing litter and picking it up.

It is a great pity that visitors to our beaches, whether local or from out of town, don’t keep them that way.

Throughout last summer large quantities of bags of rubbish were regularly left beside the single bin at the eastern end of the prom after the last collection which is typically around 7pm.

Consequently the foxes and birds ripped open the bags and had a feast spreading the contents across the promenade, grass verges and onto the beach.

Inevitably in this windy corner of Eastbourne lots of the rubbish, mostly not degradable, finishes up in the sea.  The task of the rubbish collectors is made much harder and time consuming collecting up the mess.

I campaigned for months last year to persuade EBC to increase the capacity of bins at the eastern end of the promenade by the Water Treatment Works and with the support of our hard-working Ward Councillors Penny di Cara and Paul Metcalfe we firstly got additional capacity in the car park and very recently an additional large double bin.

I now regret this initiative and believe it might be better not to have any bins at all since clearly visitors cannot read the notices asking them to take their rubbish home if the bin is full and with more bins than ever available for them to fill we now have more bags than ever left beside them!   (I have pictures of the rubbish beside the bin and the state of the prom the following morning which I’d like to provide)
This is not just a local issue, our beaches, verges and countryside are strewn with litter.

This fly-tipping ranges from abandoned take-away packaging and empty drink containers to truck loads of building materials and other trash.

A national campaign to educate the public is long overdue.

Concern for our planet should not end at eliminating carbon emissions and is the responsibility of everyone.