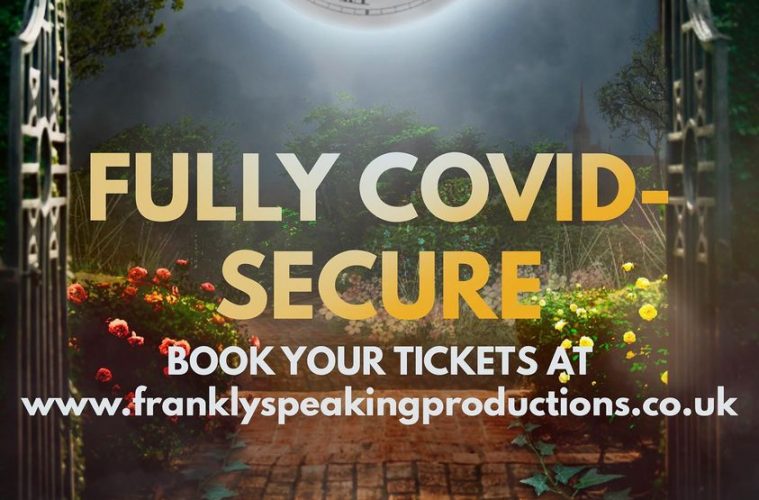 Tom’s Midnight Garden, Philippa Pearce’s classic tale of the boy who wakes up to a world of adventure when a mysterious grandfather clock strikes 13, has been a favourite of readers since it was first published over half a century ago.

Now, for the first time, the story will be told through ballet, on tour through some of the Sussex’s most beautiful and celebrated garden spaces this summer.

Produced by Lewes-based dance company Frankly Speaking Productions, this new open air, COVID-secure production sets off on tour in late June, with the show running until early August. Destinations include the iconic Italian Gardens on Eastbourne seafront, Sussex Archeological Society’s Michelham Priory, and Wealden Literary Festival, among many others.

“Tom’s Midnight Garden is an unforgettable story from so many of our childhoods,” says producer Frances Livesey. “It’s simply one of those stories we fall in love with again and again.

But adaptations have rarely been seen in the old garden settings similar to those that inspired Philippa Pearce’s novel. Moreover, the story, from its epic ascents to the ever-memorable scene where Tom and Hatty skate through the frozen Fens, almost seems made for ballet — and yet has never been told through dance before. So this feels like a really special project.”

The critically acclaimed piece of post-war literature tells the story of Tom Long, a young boy exiled to his aunt and uncle’s apartment while his brother recovers from measles. Stuck inside with only his aunt and uncle for company and no garden to play in, Tom fears that his holidays are doomed. However, as he lays awake at night and hears the old grandfather clock bizarrely strike thirteen, the gloomy building reveals a multitude of enchanting secrets full of magic and adventure. Tom’s Midnight Garden has previously been adapted for film in the 1999 motion picture directed by Willard Carroll, as well as for TV in 1968, 1974 and 1988 by the BBC, and for the stage in 2001 by David Wood.

“The show is perfect for children of all ages, and for adults too. It’s a show designed to be loved regardless of your age,” continues Frances. “And it’s a celebration of the spaces we’re performing in as well. The Italian Gardens, for example, is rightly celebrated as one of Sussex’s most remarkable and charming garden spaces, perfect for a summer picnic followed by a paddle in the sea.”

Frankly Speaking Productions’ desire to continue to drive the performing arts industry safely forward despite the coronavirus pandemic led to a successful ballet tour of Hans Christian Andersen’s The Snow Queen in winter 2020. Now, as life slowly regains a sense of normality, Frankly Speaking seeks to reintroduce the public to the joy of the performing arts and bring people together with the magic of one of Britain’s most celebrated pieces of children’s literature.

All performances are COVID-secure and strictly adhere to government guidelines.