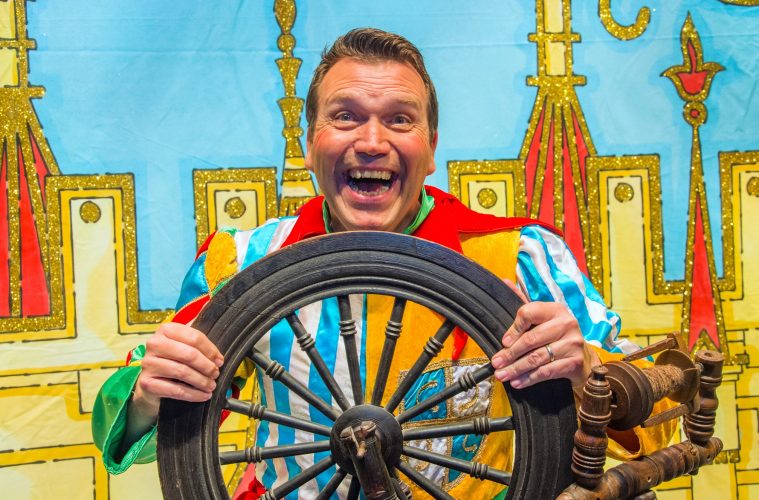 The pantomime cast assembled in Eastbourne this week to begin rehearsals for Sleeping Beauty ahead of the show opening on 10 December at the Devonshire Park Theatre, Eastbourne.

Sleeping Beauty is the 20th pantomime from the Eastbourne Theatres team and this year’s production is packed with all the panto elements, live music, stunning stage sets and sumptuous costumes.

The cast includes returning favourites Marytn Knight as Dame Nellie and Tucker as Chester the Jester; this duo will be returning for their eighth time as the South’s favourite comedy partnership. Martyn celebrates his 17th year as resident Dame this year. Another returning face is Karen Mann as Fairy, Karen previously performed as the saxophone toting fairy in Jack and the Beanstalk.

RADA trained actress Carli Norris is better known for her long-running roles as Brenda Slater in EastEnders and Fran Reynolds in Holby City and Martha Kane in Hollyoaks.

Experienced West End actor Nicholas Pound, who lives in Eastbourne, has played leading roles in Les Miserables, The Rocky Horror Show, Chess, Evita and has a long association with the role of Old Deuteronomy in Andrew Lloyd Webber’s Cats, takes the role of King Clarence.

The creative team have plenty of surprises in store for the audience, with a trip above the clouds like never before there’s time travel and even a fire breathing dragon. There’s lots of laughs with Tucker and Martyn – but will they dissolve into fits of giggles? Only time will tell.

With an extra year to work on creative elements this show is going to be a bumper spectacular and what could be a better way to enjoy your Christmas than being transported away to a world of pure fantasy. Regardless of age everyone in the audience will feel the magic, memories matter more than ever, so come and create them with this dream pantomime!