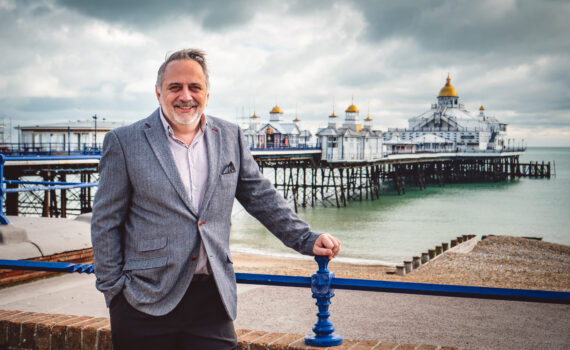 The company is in the process of transforming Eastbourne into one of the world’s best digitally connected towns.

But some locals are angry.

Here’s one: “Is anyone else in Eastbourne getting sick and tired of the roadworks chaos being caused by the new company CityFibre?

Digging up streets and leaving streets looking like bomb sites? and for what yet another corporate greedy business that is not providing a great deal faster broadband and charges £100 set up fee – so clearly not being made affordable to low income people either.

EBC you are to blame for this.

Why were the people of Eastbourne not consulted about this?

In and around the hospital and Rangemore Drive, the pavements have been devastated and replaced with cheap tar, not even replaced the paving stones.”

CityFibre is investing at least £26m in Eastbourne to deliver this transformational project, as part of its nationwide plan to replace the country’s ageing copper-based networks with gigabit-capable full fibre connectivity.

Upon completion, the network is expected to boost business productivity and innovation, deliver millions in economic benefits and provide a platform for a new generation of “smart city” applications and the roll-out of 5G mobile services.