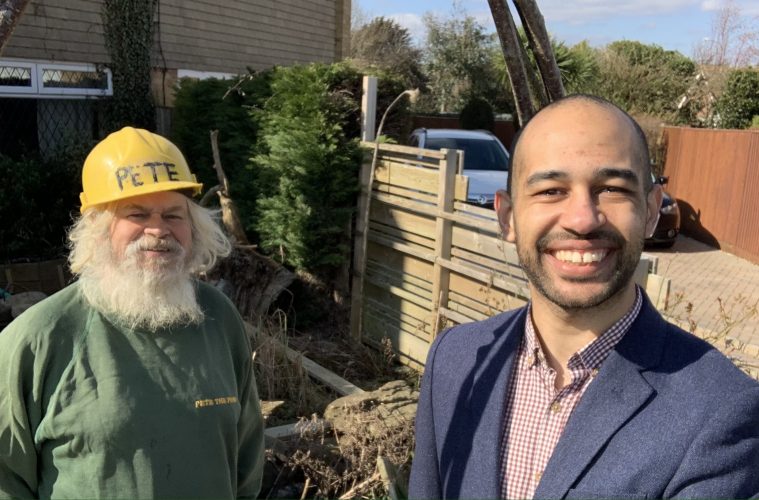 Peter Birchall, locally known as ‘Pete the Pond’, is campaigning to save the ‘eco-paradise’ in his back garden after Wealden District Council have ordered him to clear it.

The garden at Peter’s Willingdon home is host to over 180 species of rare aquatic plants, flowers and wildlife that Peter takes into local schools to teach children about pond wildlife.

On March 3rd, Peter said he was told by Wealden District Council that he needs to remove all the features in his back garden within 28 days because the Council sees it as a ‘commercial enterprise’ and as ‘untidy land’.

Peter said: “I’ve spent the last 20 years sharing my garden with the community to educate the next generation and help the environment flourish. I’m devastated that the Council have sent enforcement officers over to tell me that I need to clear my life’s work.”

Peter has teamed up with one of the students he taught 20 years ago, Josh Babarinde OBE, to urge Wealden District Council to think again.

Josh said: “Pete came into my school when I was a kid to show us tadpoles and frogspawn from his garden. It was brilliant! It’s a huge mistake that Wealden District Council want to clear the garden that made that all possible.

I know there are so many others – students, teachers, parents and more – who have great stories to tell about the impact Pete, his garden, and his generosity have had on them. We need Wealden to hear them!

That’s why I’ve reconnected with Pete to launch an appeal collecting stories from people far and wide who, like me, have been touched by his kindness and his commitment to the environment.

We will present these stories as part of a package of evidence to Wealden District Council to urge them come to a compromise that protects Pete’s life’s work and the benefits it brings to the local environment.”

Members of the public can submit their Pete the Pond stories until Friday 19th March here: http://bit.ly/petethepond