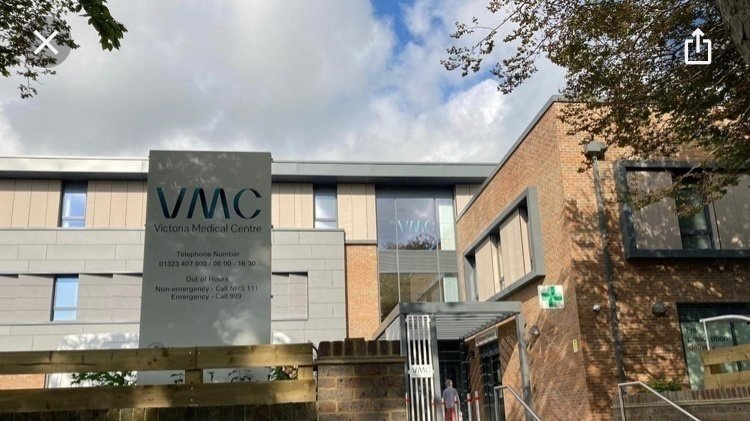 AT the weekend we reported that a petition demanding urgent changes to Victoria Medical Centre in Eastbourne had been launched.

“The weekend they moved to the new premises an elderly lady died in an Eastbourne Nursing Home.

She was on end of life care. Getting a death certificate should have been so easy. It took 5 days. That was after I travelled 20 miles to get to the Centre. I was on hold on my phone for 1 hour and 40 minutes!

I was told the delay was due to the move. It was almost suggested the problem would not have arisen if the lady had chosen to die on another day!

While waiting to see ‘a manager’ a man came in desperate to see a doctor. He had been trying to get through on the phone for 2 days. He was told there was no way he could make an appointment.

He complained and was asked why he thought it was urgent. He replied I think I might die. It seems as though little has changed.”

It hasn’t been open long in Old Town – but patients aren’t happy:

708 people have signed the online petition.

Rather than creating an enhanced, safer, more efficient service, this merger has resulted in a service that is failing the needs of its users, leaving many patients feeling  distressed, frustrated, and worried for the safety of themselves or a loved one.
On a daily basis, patients are consistently faced with unacceptable call waiting times in excess of one hour just to be able to speak to a receptionist, then only to find that there are no appointments available; others are forced to go to A and E to get help after failing to get through at all, after numerous attempts of trying to make contact. Many have complained: to VMC, to their MP and to the CQC yet nothing has changed.
After reading all the awful accounts on social media platforms from upset and frustrated patients, unable to easily and safely make contact with their much needed GP services, it is time to take action and say to the CEO and partners of VMC that this is totally unacceptable. This petition is to call for those in charge of VMC to immediately implement major changes to their telephone system to drastically reduce call waiting times and restore confidence and trust in their patients.”