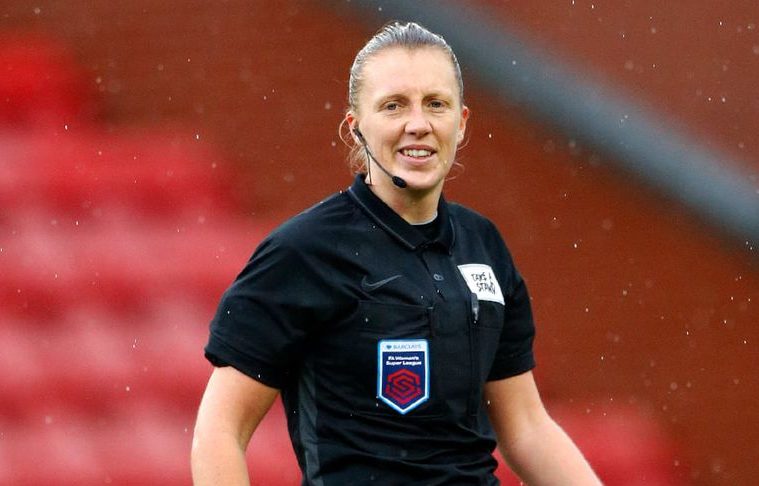 It was a massive appointment for the referee from Pevensey Bay.

Now she has been selected as part of the team for the Vitality Women’s FA Cup final between Chelsea and Manchester City on Sunday May 15.

She is 4th official and said she was ‘honoured with a trip to wembley to see out the season.’

Lisa is also the Operations Officer at the Sussex County Football Association.

It’s a year that keeps getting better for Lisa after, earlier this year, being promoted to the official FIFA list of match officials.

She has also been on a refereeing journey that has seen her be part of the first all-female refereeing team in Sussex, the first women’s game at Old Trafford and rise with the ever-growing WSL.

Lisa spoke to us about her excitement for the game: “I am extremely delighted with the appointment; it is the season that just keeps giving! The messages from referees locally, nationally, friends and colleagues, I am extremely grateful!

“The game should be a great display of women’s football, highly competitive and I look forward to all match officials contributing to a great game!”

Our Operations Manager, Paul Jeffery, also spoke of his delight at her appointment: “Lisa seems to outwardly take everything in her stride. Inwardly, it might be a different story!

“This is another reward for all of her application, training, dedication, and hard work, over the years. She is a role model to any aspiring referee and is highly respected in the refereeing family.”

For more information about refereeing in Sussex please contact: