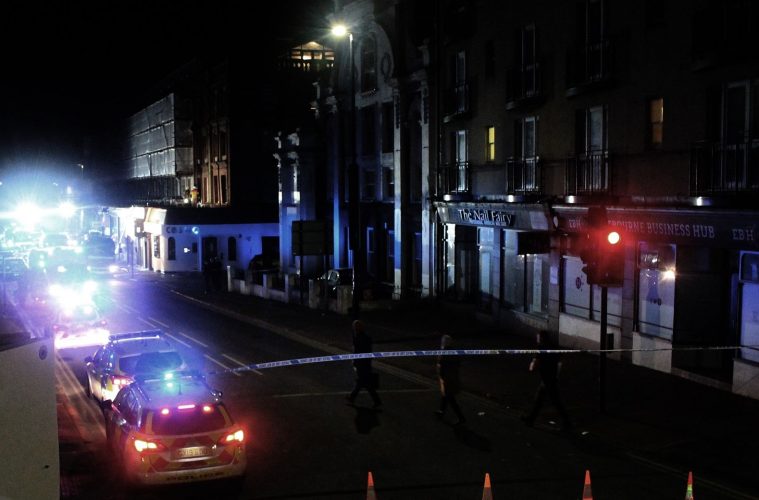 Fire now out at Seaside, Eastbourne

Man dies in 2am fire on Seaside Road

Police are investigating a fire at a flat in Eastbourne in which a man died.

Shortly after 2am on Sunday (14 February) emergency services were called to the flat in Seaside Road, Eastbourne, after a fire had been reported by neighbours.

The fire was confined to the flat and the occupants of neighbouring flats were safely evacuated.

The body of a man, who has not yet been identified, was found in the flat and the death is currently being treated as unexplained.

Officers are asking anyone who saw anything suspicious in or round Cloister Court in Seaside Road last night or up till 2am today, or who has any other information, to contact the police.

You can do so online or by calling 101, quoting Operation Westdene.

The investigation is at an early stage and officers are working to understand the circumstances around this tragic death.

THIS picture was taken by Bob Taylor at 3am.

East Sussex Fire Brigade said: “The fire at a residential building on Seaside Road, Eastbourne has been extinguished.

We were called to attend the incident at 02:07 on Sunday 14th February.

Firefighters from Eastbourne, Bexhill, Hastings, Pevensey, Herstmonceux, Hailsham and Seaford attended and crews used six Breathing Apparatus, one Hose Reel Jet and 1 in 7 foam to extinguish a fire in the first floor of a residential property.

We were supported by SECAMB and Sussex Police during the incident.  A fire investigation will take place later on today.”