Police investigating burglaries at bicycle shops in Eastbourne and Pevensey 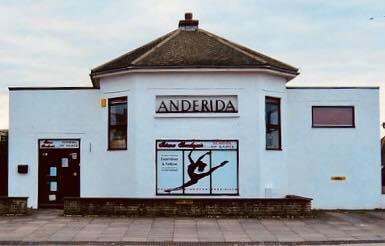 Police investigating burglaries at bicycle shops in Eastbourne and Pevensey

POLICE are appealing for witnesses to a number of break-ins at bicycle shops.

Officers were called around 1am on Sunday (December 13) to reports of a burglary at Evolution Cycles, Meads Street, Eastbourne. The front window to the store had been smashed and an Evil Wreckoning full suspension mountain bike in a dark metallic copper colour was taken from inside.

The premises was made secure, however it was targeted again around 11.30pm that night. A Santa Cruz Heckler electric cycle was taken from the shop on this occasion. It’s thought those involved in the burglary were travelling in a white transit van.

Anyone who saw what happened on either occasion, or who saw any suspicious behaviour in the area, is asked to contact police online or by calling 101 quoting serial 1210 of 13/12.

As we reported yesterday, at around 3.40am on Tuesday (December 15), police received a report of a break-in at Cycle Tech bike shop in Wallsend Road, Pevensey. It’s thought the burglary happened around 00.31am.

Two bicycles – a Raleigh Motor Grand Tour low step bike, and a Mondraker Dusk RR 29er electric mountain bike – were taken from inside the premises, alongside computers and a quantity of cash.

Anyone who saw what happened, or who saw any suspicious behaviour in the area at the time, is asked to contact police online or by calling 101 quoting serial 121 of 15/12.

Each burglary is being investigated and officers are considering the possibility the break-ins at the two different premises are linked.

Anyone with information on either incident can also contact the independent charity Crimestoppers anonymously on 0800 555 111.