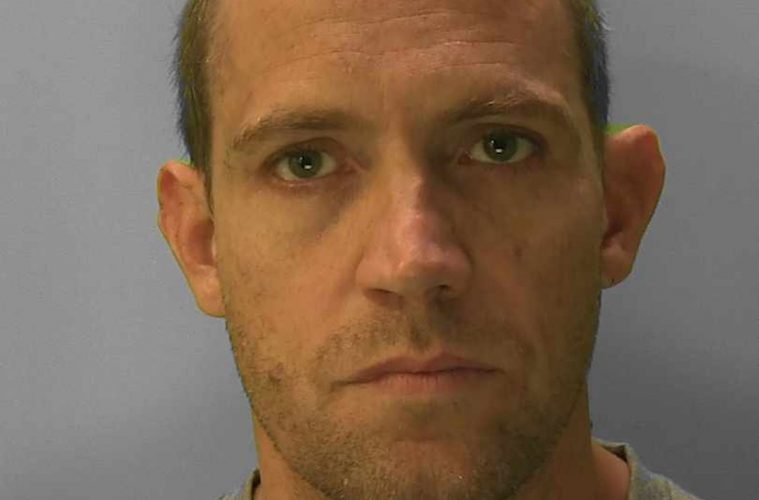 Policeman 'set upon and viciously stabbed' in Terminus Road, Eastbourne

Policeman ‘set upon and viciously stabbed’ in Terminus Road, Eastbourne

An Eastbourne man who viciously stabbed a police officer in the town last summer has been jailed.

Paul Cunningham, 43, unemployed, of Pevensey Road, Eastbourne, was today (Wednesday 26 May) sentenced at Lewes Crown Court having pleaded guilty to charges of wounding with intent to do grievous bodily harm, assault by beating of an emergency worker and possession of an offensive weapon in a public place.

In the early hours of Monday, September 14, police were called to an incident in Terminus Road. Having dealt with the matter, the officers were about to leave when they were approached by Cunningham and as they tried to engage with him, PC Richard Bligh was stabbed in the leg. As he dragged himself away and administered his own first aid, two other officers, both barely a year into their careers, tackled Cunningham and detained him until back up arrived.

At the time, Chief Constable Jo Shiner paid tribute to the officers. She said: “The events overnight starkly demonstrate the risk that all police officers and frontline staff face every day whilst performing their duties to protect the public.

“It is thanks to comprehensive training and the fast-thinking of those at the scene that I am not reporting something far more serious today. The injured officer was able to move away and self-administer medical intervention whilst his two junior colleagues – both just 15 months into their policing careers – apprehended the suspect. The actions of all three officers, as well as colleagues who swiftly came to their aid, are to be commended.”

Cunningham appeared at Brighton Magistrates’ Court on September 14, where he was remanded for trial. Having pleaded guilty to the offences, he was sentenced to seven years and six months’ imprisonment for wounding with intent to do grievous bodily harm. He must also serve a further five years on extended licence. He was sentenced to 12 months for assault by beating of an emergency worker and possession of an offensive weapon in a public place, to run concurrently.

Following the sentencing, Eastbourne police Inspector Steve Shimmons said: “This incident highlights the very real risks that our officers face every time they go in to the communities they serve. This was a vicious and targeted assault on PC Richard Bligh simply because he was a police officer.

“Paul Cunningham approached him in the town centre in the early hours after he had attended to a separate emergency with his colleagues. Initially, Cunningham presented as requiring help and PC Bligh responded to that. As he exited his patrol car, he was set upon and viciously stabbed, leaving him with a severe injury.

“Thankfully, he has recovered from the physical impact of his injuries, but the extreme actions of Cunningham that night have left their impact on Richard and his family. The same can be said on his extended police family also. Every police officer rightly expects to be able to return home at the end of their duty unharmed and it is a credit to him that he remains committed to supporting and policing the community he has worked in for the past 17 years.

“As the duty inspector that evening, I take great pride in how all the officers dealt with this incident, the support that they gave to PC Bligh and the absolute professionalism in how they dealt with Paul Cunningham. Those same officers continue to put themselves at risk to support the communities in which they work.”