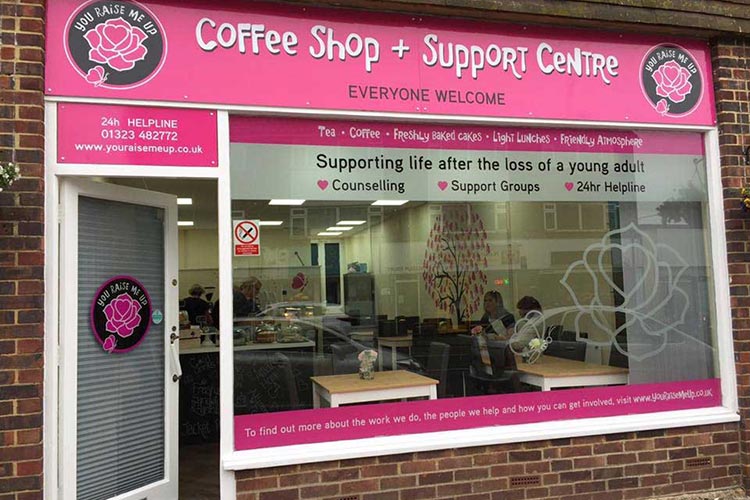 You Raise Me Up has offices in Polegate High Street.

A POPULAR charity offering financial and emotional support to families which have lost a young adult between the ages of 16 and 25 has won a top award.

You Raise Me Up, based in Polegate High Street, has been awarded Best Family Bereavement Support Charity 2020 – South East England.

The award was presented by the prestigious 2020 Southern Enterprise Awards, proudly hosted by SME News.

A spokesman for the charity said: “We are over the moon to have won this award.”

You Raise Me Up is the only national charity which offers financial and emotional support to families who have sadly lost a child between the ages of 16 and 25.

It was founded in June 2011 with the sole purpose of raising funds to support these families.

It was set up by the late Jane Brooks and her husband Fraser in June 2011 after their daughter suddenly collapsed and died at Eastbourne Rugby Club, just nine days before her 18th birthday.

Megan’s parents and brother Oliver were traumatised and trying to pick up the pieces of their lives whilst stumbling through the aftershock.

They felt they had little or no guidance or support other than from family and close friends.

Her parents said, after setting up the charity: “Those first few days and weeks dealing with our loss and grief, whilst coping with the immediate demands of arranging a funeral were emotionally and financially challenging.

“How do you recover from the loss of a child, the pain and sorrow is incomprehensible.

“We knew after our experience how valuable and supportive it would have been had there been help available to us like our charity.

“We are sad that the need is there, yet encouraged and comforted to know that the charity has helped numerous families who have struggled not only with the funeral costs, but through the charity’s counselling service, we offer emotional support as they re-build their lives.

“We offer help to local families and families further afield but without generous public support and donations this would not be possible.

“There simply is no other help of this kind available to bereaved families.”

The aim of the charity is to be able to provide compassion, support and simply to be able to say “we totally understand” rather than “we cannot imagine what you are going through”.

It has trained, experienced counsellors available, including child and adolescent counsellors, to help you through these dark times.

It also runs monthly support groups, where you can meet other families going through similar emotions and by coming together you will start to feel less alone.