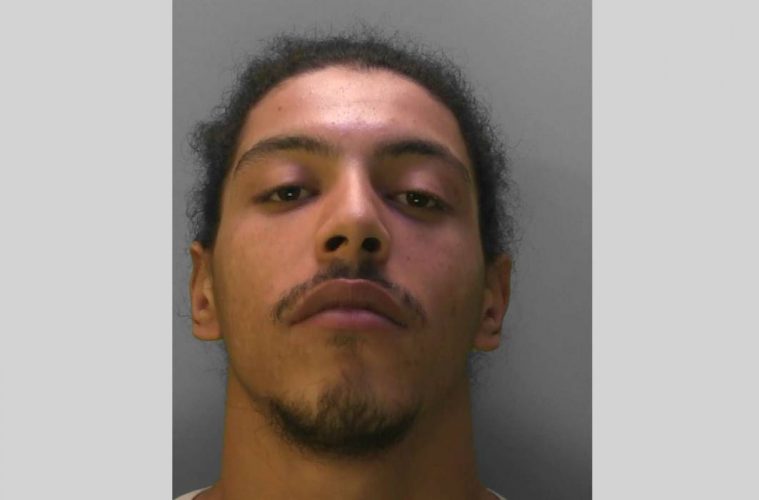 A previously wanted man who taunted police on social media has been jailed for possession of a knife, cannabis and going equipped for theft.

Jay Georgiou, 27, was wanted on recall to prison and a £500 reward was offered for information on his whereabouts in Sussex last year.

While at large, he responded to Sussex Police on social media in response to the appeal to find him.

He also posted an image of himself behind the wheel of a vehicle while wearing a balaclava.

But on September 13, officers from the Specialist Enforcement Unit arrested Georgiou at a car rental office in Eastbourne.

Georgiou had been wanted for several months on recall to prison, and was returned to custody where he is serving the remainder of his custodial sentence for robbery which was imposed in 2014.

When he was arrested he was found in possession of a combat knife, cannabis, and a lock-pick set.

At Brighton Magistrates’ Court on January 10 Georgiou, formerly of Belmore Road, Seaford, admitted the three new offences, and he was sentenced to a further 16 weeks in prison in total.

The court also seized the knife and lock-pick set under Deprivation Orders and the cannabis was seized and destroyed.

Detective Constable Glen Saunders said: “Georgiou had posted on social media in response to our appeal to find him.

“He claimed that the appeal was a lie, and threatened anyone who informed police about his whereabouts.

“But our officers arrested him and he was returned to custody.

“This result shows our determination to catch violent offenders and keep communities safe.”