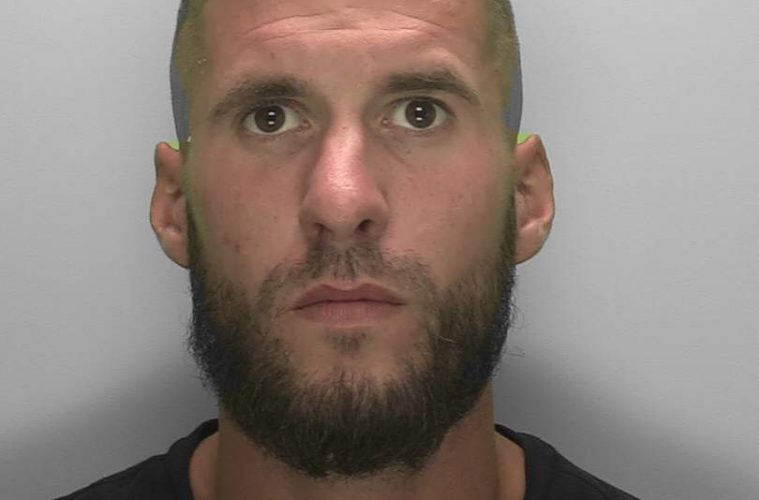 Police are offering a £500 reward for information leading to the arrest of wanted man Bradley Moynes.

Moynes is sought in relation to an attack outside Blue Bar Café in Pevensey Road, Eastbourne on February 11 in which a 26-year-old man suffered serious injuries when an unknown liquid, believed to be a noxious substance, was thrown in his face.

The investigation is ongoing and no other arrests have been made, with police not seeking anybody else in connection with the incident.

Detective Amy Summers said: “Sussex Police launched an investigation into this horrific attack as soon as it was reported on February 11 and a suspect – Bradley Moynes – was swiftly identified.

“Officers have been working with our partners in the community and neighbouring forces to urgently bring Moynes into custody for questioning, but he remains at large.

“Our greatest sympathies go out to all three victims of this unprovoked attack, one of whom suffered serious facial injuries.

“We remain in contact with the victims in order to update on any developments, but the current message remains the same – if you know where Bradley Moynes could be or have any information about the incident, please report it online, or call 101 quoting serial 1393 of 11/02.

“If you see Moynes, do not approach him, but call 999 immediately, quoting the serial above.”

Information can also be reported to police anonymously via the independent charity Crimestoppers on 0800 555 111.