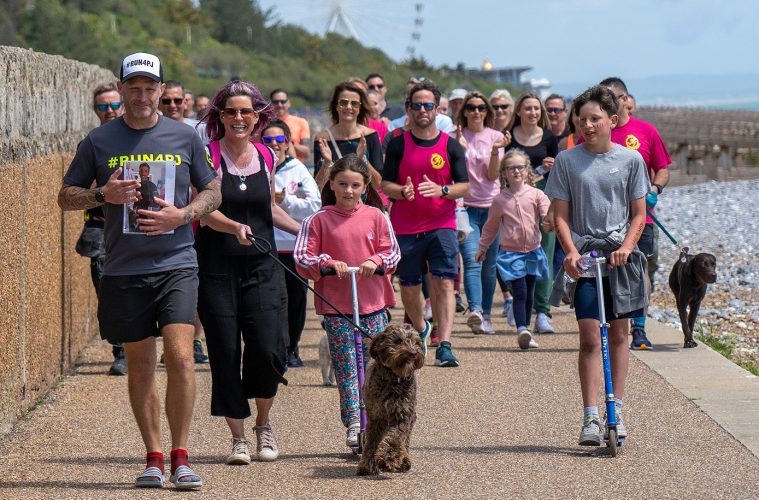 Richard Gardiner, pictured, has defied the odds and completed his incredible 112 miles run of Eastbourne seafront in memory of his friend PJ, all to raise money for Children with Cancer Fund.

Paul James, a father of two, was a train driver for Southeastern Railway and also worked as an associate ambulance practitioner based in Polegate.

He was just 43 when he suffered a cardiac arrest in June last year.

Now Richard has run 32 times from the Holywell Cafe to the Southern Water Treatment Works at Langney Point.

To sponsor Richard, go to Richard Gardiner is fundraising for Children With Cancer Fund (polegate) (justgiving.com)