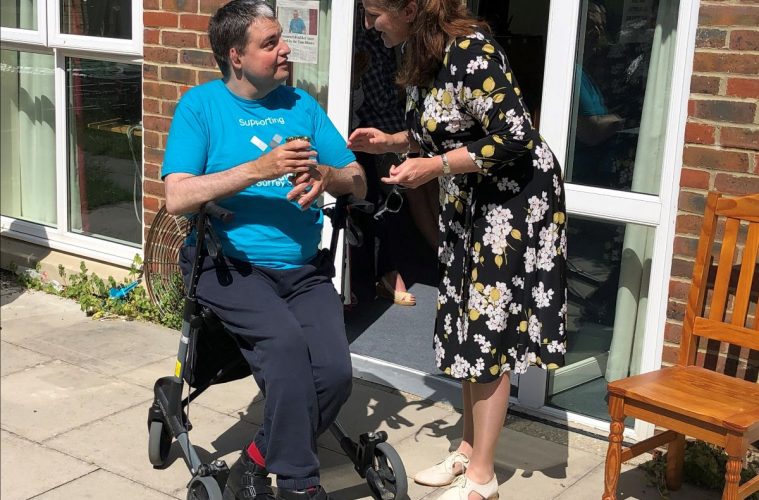 Eastbourne MP Caroline Ansell met him on Saturday at his flat in Hampden Park to celebrate his fund raising achievement.

Inspired by Captain Sir Tom Moore, Robert decided to do his own walk for charity.

Although born with cerebral palsy, and confined to a wheelchair, he set himself the challenge to walk 200 laps of his block using his rollator.

Robert started his walking on April 11 and kept a diary of how many laps each day. He continued for 106 consecutive days and by July 16th he completed his challenge  and had raised £1,400 for the South East Air Ambulance.

Caroline said: “I was delighted to be there to congratulate him and his support team, together with a representative from the South East Air Ambulance and to present him with a small trophy in recognition of his achievement.

He told me there is more fund raising to come!”