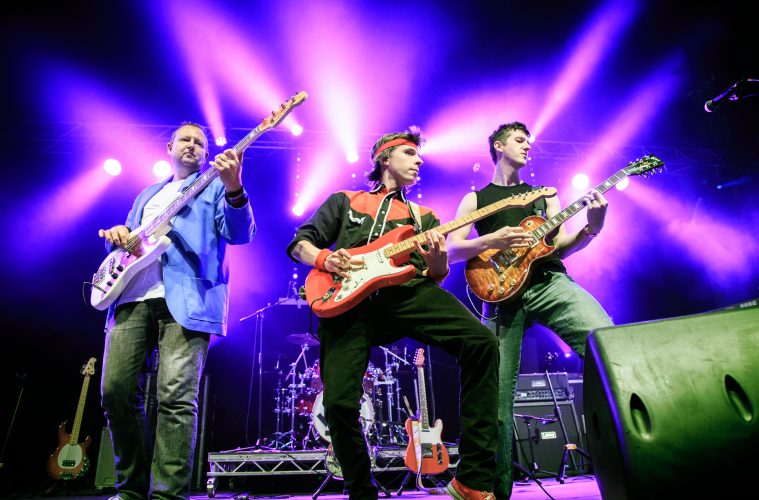 The sounds of The Eagles and Dire Straits will delight music fans as two tribute bands perform live in the Shackleton Hall at The Welcome Building.

The new venue within the Devonshire Quarter is hosting all the usual live music events that would normally take place at Eastbourne Bandstand.

As the Bandstand events go on tour, revellers can enjoy tribute bands at the indoor venue until at least March next year.

The Alter Eagles, an experienced, authentic Eagles tribute band formed in 2003, will perform material from 35 years of Eagles’ performances, up to and including 2007’s Long Road Out Of Eden.

Lauded for their accuracy, the Alter Eagles will play a 90 minute set of the band’s greatest hits including Hotel California, Desperado, Life In The Fast Lane, How Long, Lyin’ Eyes, Take It Easy and One Of These Nights.

On Saturday 13 November it’s the turn of Money For Nothing with a Dire Straits Tribute Show.

Money for Nothing was formed in 2000 as a tribute to one of the world’s premier rock bands. The abundant energy and the excellence and musicality of their performance makes Money For Nothing a “must see” for any rock enthusiast or Dire Straits fan.

The playlist features the hits from their first ever single Sultans of Swing to Brothers in Arms, Walk of Life and their last single released in 1992 The Bug – also the legendary Money For Nothing which was the first ever video played on MTV. The band also include versions from On the Night and Live @ The BBC.

Tribute tickets cost £8.95 for adults in advance (child £6.95) and doors open at 7pm for 8pm performances.  Friends of Eastbourne Bandstand cardholders receive 10% off most ticket prices.

With The Alter Eagles

With Money For Nothing