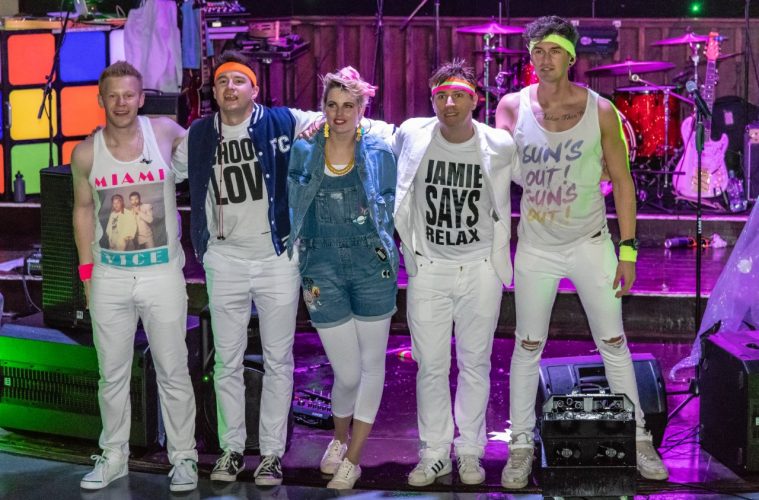 Rock Meets the Sounds of the 80s at Eastbourne Bandstand

Welcoming Letz Zep, the leading Led Zeppelin tribute band in the UK, to the stage on Friday 17 September audiences can be assured of a night of quality live music with not only critics but former members of Led Zeppelin themselves singing the band’s praises!

Get ready to hear all of the classics, including Stairway to Heaven, Kashmir, Whole Lotta Love and many more.

It’s time to dust off your shoulder pads as Bandstand favourites The Zoots will return on Saturday 18 September with their Sounds of the 80s tribute show!

With a jam-packed set including floorfillers, party anthems, classic pop and power ballads, enjoy a fun filled evening dancing and singing along to the best of the best from this vintage decade of music… perms and mullets are optional!

On Sunday 19 September the Stereotonics will be paying tribute to Welsh rock band, the Stereophonics. Fine-tuning their show over the past 20 years, the UK’s longest running Stereophonics tribute delivers an authentic sound and style, even playing the same guitars as the original band members!

Boasting a seal of approval from the Stereophonics themselves, with front man Kelly Jones claiming that “they sound just like we did”, don your best ‘Handbags and Gladrags’ for this amazing show.

In addition to the three nights of tribute bands, the Bandstand will play host to the traditional 1812 Fireworks and Proms Night on the evening of Wednesday 15 September with The Concert band of the Royal British Legion Little Common performing.

And on Sunday 19 September Lingfield Silver Band will lead the Traditional Afternoon of music from 3pm.

With The Concert band of the Royal British Legion Little Common’

Sounds of the 80s Tribute Show