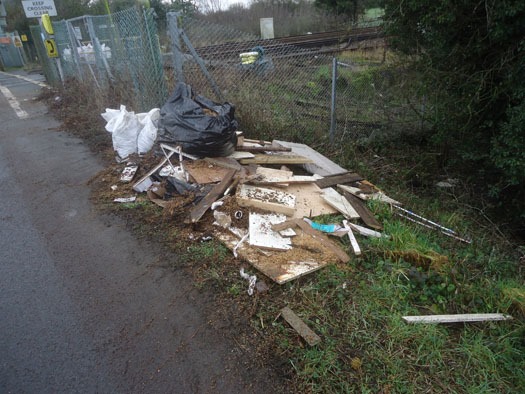 Rubbish dumped by level crossing 'could have caused major accident'

Rubbish dumped by level crossing ‘could have caused major accident’

Wealden’s Street Scene Team is investigating one of the most dangerous fly tip it has ever encountered.

It’s believed to have happened early on Sunday evening.

Construction waste appeared either side and across the level crossing at Thornwell Road, Wilmington.

It was a Sunday evening and trains were still running.

Do you recognise any of the rubbish that was cleared to the side by Network Rail staff to make the crossing safe?

A spokesperson said: “If it’s your rubbish please be assured that this time we are only interested in the person who dumped it. They could so easily have caused a major accident.

“They need to be stopped. Please contact the Street Scene Team in confidence on 01892 602735 or street.scene@wealden.gov.uk”