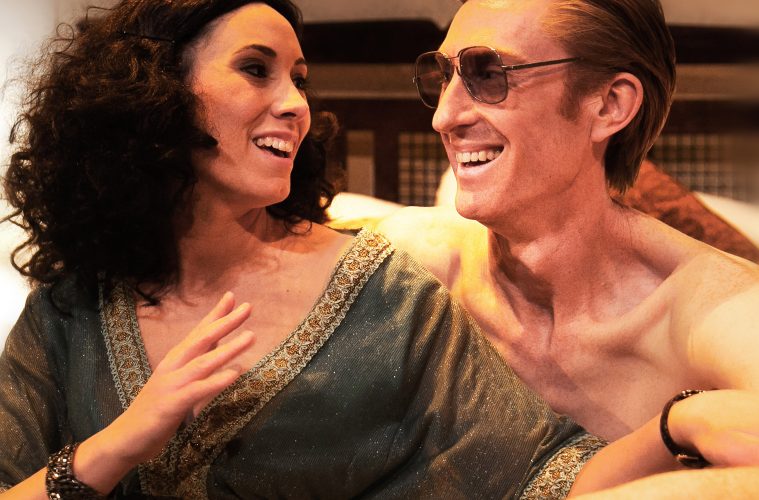 MAKE A DATE YOU WON’T REGRET!

The Tony award-winning play Same Time, Next Year has been revived by acclaimed production company London Classic Theatre andheads to Eastbourne’s Devonshire Park Theatre from 5 – 9 April it’s the perfect excuse for a night of romantic indulgence!

Doris and George meet in 1951, a chance encounter in a Californian hotel that leads to a passionate one-night stand.  Both are married to other people but, soon aware that this might be the start of something, they promise to meet 12 months later.  So begins a romantic love affair that lasts 25 years.

The play charts their lives through the ups and downs of parenthood, career highs and lows as well as the shifting fashions and morals of the passing decades.

Bernard Slade’s acclaimed play paints a bittersweet, nostalgic and very funny portrait of two flawed but likeable characters who find themselves in the most unusual of long-term relationships.

One of the world’s most widely staged plays, Same Time, Next Year was originally produced on Broadway in 1975.  It ran for four years, winning a Tony Award for lead actress Ellen Burstyn, who later recreated her role in the successful film of the same title opposite Alan Alda.

Directed by Michael Cabot and starring Sarah Kempton as Doris and Kieran Buckeridge as George, this new production has received great reviews and is sure to be a memorable night out. It comes to Eastbourne from acclaimed production team London Classic Theatre, the team behind Absurd Person Singular, My Mother Said Never Should and Private Lives.

Make a date you won’t regret and book now for Bernard Slade’s Same Time, Next Year at the Devonshire Park Theatre, Eastbourne from Tuesday 5 – Saturday 9 April, nightly performances at 7.45pm and Wednesday and Saturday matinees at 2.30pm. Tickets priced from £18, to book see eastbournetheatres.co.uk or call the box office team on 01323 412000.