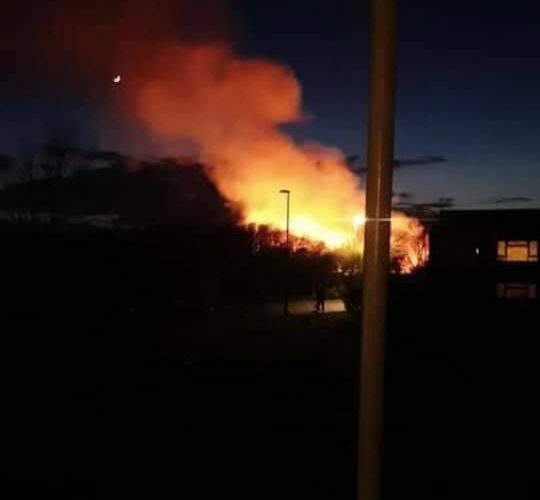 East Sussex Wildlife Rescue & Ambulance Service is urging anyone with information about the Shinewater Park arson attack to call police.

It is being treated as ‘deliberate’ and has been handed over to Sussex Police.

Here’s East Sussex Wildlife Rescue & Ambulance Service: “We are shocked by the fire at Shirewater Park.

We have had people ask about the plight of the wildlife. Wildlife have a natural fear of fire and have a built in instinct to flee the scene. So the majority of wildlife will escape.

Sadly the very small creatures won’t survive if they can’t get away but even many of them know to get underground in such situations.

Generally if the fire service find anything they would call us or a vet anyway. Its only when you get the very large wild fires covering hectares at a time that wildlife can get caught out when fires surround an area leaving no room for escape.

With so many wild animals and birds giving birth at this time of year there is no doubt some wild creatures have lost their life sadly.

We would urge anyone who knows who is responsible for this arson attack to contact Sussex Police or Crimestoppers with any information. Wildlife is very resilient and will bounce back as it always does after such incidents, but its sad that has to under these circumstances.”