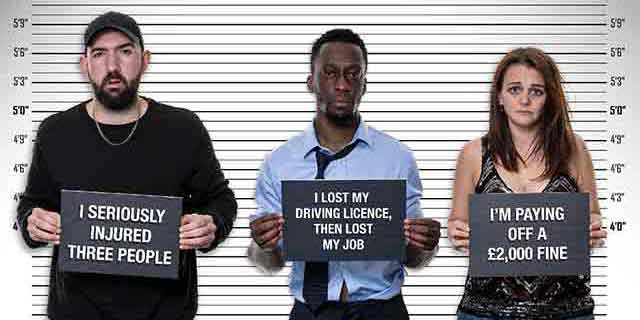 Her warning comes as police stopped more than 700 motorists and made 51 arrests across Sussex in the first week of a month-long crackdown to target drink and drug drivers – 28 of those arrests were for drug driving.

Officers from the Surrey and Sussex Roads Policing Unit (RPU) carried out checks at various locations across the county, administered 342 roadside breath tests and 43 DrugWipe tests between 1 December and 8 December.

Nationally, the number of people killed as a result of drug driving is also increasing.

Chief Constable Jo Shiner is the National Police Chiefs’ Council (NPCC) lead for roads policing said: “The rates of drug driving, the complacency towards drug driving, the impact on families whose loved ones are killed through drug driving is truly shocking and it’s become a silent threat to public safety.

“I want to change that.

“Drink driving will always remain a key concern but there is now much greater awareness and challenge and, in some respects, it can be easier to spot. That’s not the same for drug driving.

“Evidently, through our current campaign, the police will use all tools at their disposal to proactively target and enforce drug driving but – if we are to prevent countless more lives lost or changed forever – we need a whole society approach.

“Drug driving needs to be made as socially unacceptable as drink driving and not wearing a seat-belt, where people think twice before getting in a vehicle.”

In Sussex, during a week-long campaign in August, 57% of 52 drivers tested for drugs showed a positive result. The most common drugs tested for are cannabis and cocaine.

In Great Britain is it illegal to drive if:
– A driver is unfit to do so because they are on legal or illegal drugs; or
– A driver has certain levels of drug in their blood (even if it hasn’t affected their driving)

Anyone convicted of drug driving can expect a minimum 1 year driving ban, an unlimited fine, up to six months’ in prison and a criminal record, potentially impacting employment and travel to places such as the USA.

Surrey and Sussex Roads Policing Chief Inspector Michael Hodder said: “The number of motorists we have arrested in the first week of our campaign displays a worrying trend.

“We have already seen 28 drivers arrested for driving whilst suspected of having taken drugs during the campaign so far.

“Motorists tell officers that they felt ‘fine to drive’, but alcohol and drugs can stay in your system for a long time and affect your ability to drive safely.

“Our stop checks demonstrate that officers are working hard to tackle this dangerous threat to our communities and arrest those who drive while under the influence of drink or drugs.”

The Christmas crackdown on drink and drug drivers is a campaign which runs from December 1 to January 1.

This is in addition to the routine roads policing work carried out 365 days a year and a similar month-long campaign in the summer.

In keeping with previous campaigns, anyone arrested during this period and convicted will be identified on our website and social media channels as a deterrent.

If you know someone is driving while over the limit or after taking drugs, call 999. You can also contact the independent charity Crimestoppers anonymously on 0800 555 111 or report it online. www.crimestoppers-uk.org

The campaign is being supported by the Sussex Safer Roads Partnership and DriveSmart in Surrey.