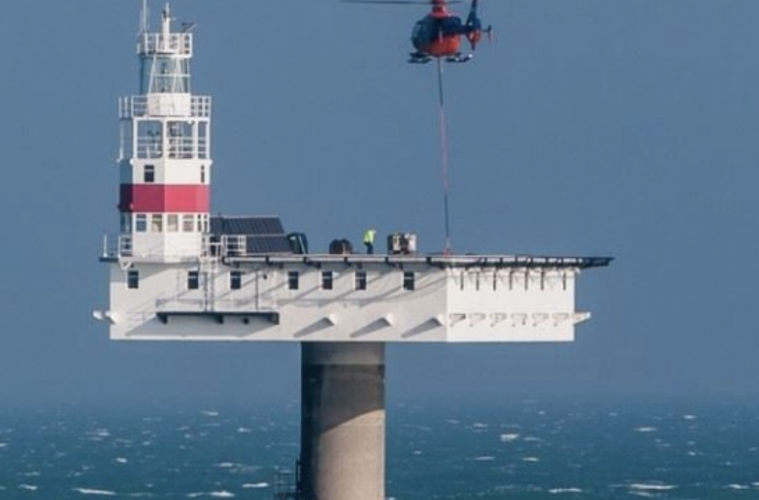 Sovereign Harbour Yacht Club, has invited all boat owners, whether power, sail or fishing, to join a flotilla to give the Royal Sovereign Lighthouse the ‘send-off’ it deserves after nearly 50 years of keeping mariners safe from the dangers of the Royal Sovereign Shoals.
The plan is to meet in the 12.00 lock (or earlier) on 5th March and then, led by our Commodore, Gary Mead and his boat Well Plumbed, to muster at the tower between 13.00 and 14.00.

About 60 boats are hopefully joining the flotilla which will head for the Monarch buoy near Fort Fun and then head out to the Lighthouse.
Drones will be flying and there will be plenty of photo opportunities before this iconic landmark is demolished. We will then return to the club for drinks.

Royal Sovereign Lighthouse was built to replace a lightvessel that had marked the Royal Sovereign Shoal since 1875. It is the first UK lighthouse to have a helicopter pad incorporated as part of its design.

The unconventional T-shaped tower was built in sections on Newhaven beach and floated into place, a technique developed for

The tower’s reinforced concrete caisson base and vertical pillar sections were floated into place that same year. The hollow caisson was flooded and sunk onto an area of levelled seabed.

In 1971, the superstructure and upper cabin section (where three full time keepers were accommodated) were floated over the pillar and held in place by tugs as the tide fell, allowing them to drop into place on the pillar, which had an inner telescopic section that was gradually jacked up 13m and locked into position. Twelve 150 ton jacks were used to achieve this.

The light itself stands on top of the cabin section at a height of around 28m above sea level, with the cabin located above the maximum theoretical wave height. The light has a range of 28 miles.

The flat roof of the cabin, with the light set off to one side, serves as the helicopter landing pad.

Helicopters provided access for servicing and maintaining the lighthouse.

The light was automated and converted to solar power in 1994.

The lighthouse had a design life of 50 years. Having monitored the fabric of the lighthouse over the last decade and observing the expected signs of deterioration, Trinity House concluded that the ongoing safety of the mariner required that the structure be fully decommissioned.

The decommissioning of the lighthouse was due to begin in 2020 but the pandemic has delayed this by a couple of years.

If the weather is inclement on 5th March, we will postpone the event until 19th March.