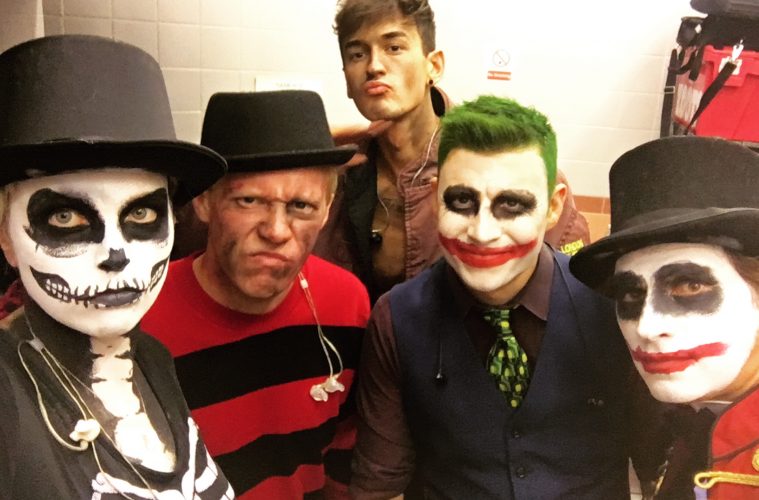 Fang-tastic nights are in store during the spooky season at the UK’s busiest bandstand.

The Halloween fun kicks off on Friday 29 October with the Elvis Tribute Show as The Elvis Legacy & Memphis Sons take to the stage for a trip down Memory Lane performing the king of rock and roll’s greatest hits.

Frontman Mark Summers has come a long way in a short time, recently appearing in the West End and being crowned the UK’s official number one Elvis tribute act.

Described as ‘the closest to Elvis’ performing worldwide for more than 10 years, Mark is accompanied by backing band The Memphis Sons.

Hound Dog, Blue Suede Shoes, Jailhouse Rock, GI Blues and Viva Las Vegas are just a few of the songs for the audience to enjoy.

Saturday 30 October promises a monster of an evening with Bandstand regulars The Zoots.

The band will perform a Halloween themed show as they entertain and delight with a spook-tastic night of music from a host of eras and an array of artists you’ll know and love.

The Zoots will be dressed like you’ve never seen them before and will make the whole family bop to the beats that everybody enjoys – with legendary numbers by Elvis, Queen, Michael Jackson, The Beatles, The Monkees, Bruno Mars, Mark Ronson and dozens more of your favourite artists.

Feel the groove that’s thrilling audiences of stage and screen, in more than 30 countries! Discover why national critics call The Zoots ‘impressive’, ‘authentic’, and ‘impossible not to like’.

Dressing up is thoroughly encouraged.

With The Elvis Legacy & Memphis Sons

Halloween with The Zoots