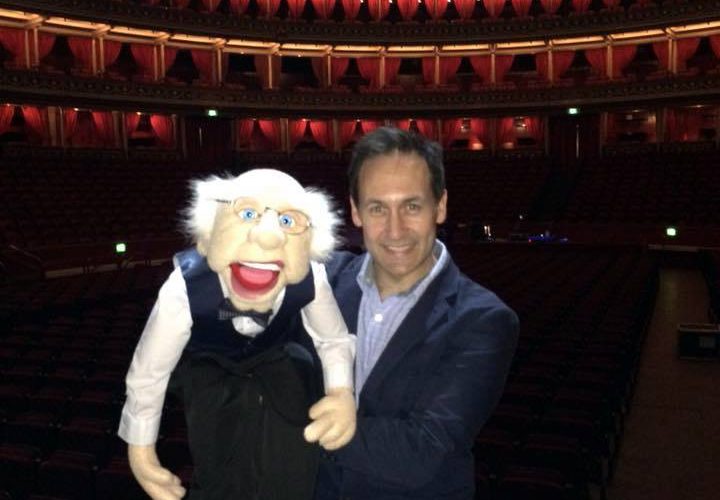 Spotlight on Eastbourne's Steve Hewlett - book now for his show on Sunday!

Spotlight on Eastbourne’s Steve Hewlett – book now for his show on Sunday!

Steve, who lives in Willingdon with his family, is celebrating the landmark with a tour across the country.

He’s also writing a book on 100 years on the amazing art of ventriloquism.
Steve, now 47, said: “I’ve always said how lucky I am that I can entertain the whole family.
“I can be performing to the over 50s at Warners, mum, dad and children at Butlins, go into schools and do adult clubs as well.
“The diversity is so exciting. I can adapt to whichever audience I am playing to, it keeps me on my toes.”
Steve started ventriloquism aged just 12. He has six characters in his current show – the first half being variety, then the second half devoted to his most popular character, Arthur Lager.
Steve said: “People love Arthur Lager so I decided to bring him to life and the second half of my show is all about his life. The audiences love it.
“My aim is to do at least 25 two-hour shows on the tour to mark my 25 years, including one at the Royal Hippodrome Theatre and another at The Stables in Hastings.
“I have done five already, hoping to do another 10 by the end of the year, then another 10 in 2023.”
He turned professional aged 22 and his first professional tour was in 1997.
His big break came when he appeared on Britain’s Got Talent back in 2013 and reached the grand final.
And highlights of his career include touring with Jimmy Osmond in American and Canada.
“Jimmy made me feel so welcome you wouldn’t believe it, ” recalls Steve.
During Lockdown, Steve recorded 175 conversations with celebrities such as Jimmy Cricket, Sherrie Hewson and John Challis. Each took between six and eight hours to record.
The new book – currently on its third draft – is also very important to Steve.
It tracks some of the ventriloquist greats..
Steve reflects: “It was a dying art in this country but there are still about 10 of us performing regularly. It’s very big still in America.
“I learnt from a very early age and I want to pass my skills on to a future generation again.”
Steve’s show at The Royal Hippodrome in Eastbourne is on Sunday April 3 at 4pm.
For more details, go to The Steve Hewlett Show | Comedy Ventriloquist