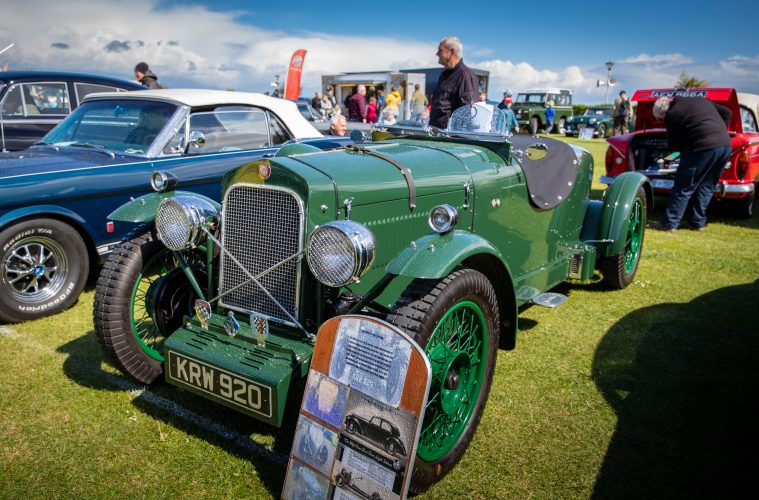 Stars’ Cars Line Up for Magnificent Motors 30 April - 1 May

Stars’ Cars Line Up for Magnificent Motors 30 April – 1 May

What do a 1982 Capri driven by EastEnders star Shane Ritchie, a bullet ridden 1925 and restored Model T Ford and a 1937 Citroen Traction Avante driven by Brad Pitt in the film Allied have in common?

The answer is that they are all due to be on display at this year’s Magnificent Motors coming to Eastbourne’s Western Lawns on Saturday 30 April and Sunday 1 May.

Also joining the display is an extremely rare 1913 Buick – believed to be the only one still registered, a 1934 ex-police car, an ex WWII US military vehicle,

an Austin A35 – owned by the same owner who bought it in 1974 and passed his test in it, several vintage American police cars and a 1968 MG MGC originally owned by former Harrods owner Mohamed Al-Fayed.

The event, organised by Eastbourne Borough Council, is from 11am-5pm on both days and admission is free.

While there is no traditional seafront cavalcade this year, there is a funfair, and the Big Wheel will also be open to visitors.

Eastbourne Borough Council’s Lead Member for Tourism and Culture Councillor Margaret Bannister said, “Magnificent Motors is established as one of the biggest FREE motoring spectaculars on the south coast.

“Visitors will be able to view a unique selection of vintage and classic cars, motorbikes and more and have the chance to look under the bonnets and chat to the owners too.

“Magnificent Motors is the springboard for a packed summer schedule of events and a great way to spend the Bank Holiday weekend.”