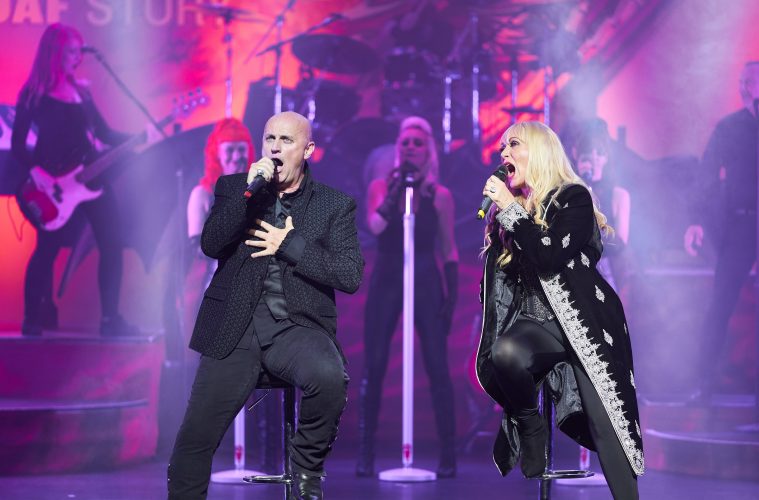 The music of Meatloaf will be celebrated at the Congress Theatre, Eastbourne once again this summer when critically acclaimed musician Steve Steinman performs Anything for Love – The Meat Loaf Story on 23 July, 2022. With special guest Lorraine Crosby the original duet partner on I Would Do Anything for Love (But I Won’t Do That).

The Jim Steinman and Meat Loaf musical Bat out of Hell played to thousands of people at the Congress earlier this year – this show offers another chance to hear the legendary sounds of Meat Loaf and Jim Steinman played live in a show which has received terrific reviews.

Steve, who has been seen by more than a million people worldwide, will be joined onstage by Lorraine Crosby, who performed with Meat Loaf in 1993 on “I Would Do Anything for Love (But I Won’t Do That)” and will reprise that epic song again live as part of this brand-new production.

Featuring Meat Loaf’s greatest hits of all time including Bat Out of Hell, Paradise By The Dashboard Light, Took The Words Right Out Of My Mouth, Two Out Of Three Ain’t Bad, Dead Ringer For Love to name but a few.

Steve Steinman has come a long way since his appearance as Meat Loaf on ITV’s hit TV show Stars In Their Eyes back in 1993. Now 29 years on Steve has toured globally over 2000 times at some of the most iconic venues in the world including Sun City, South Africa and the London Palladium.

Lorraine Crosby was born in Newcastle in the late 60’s and tirelessly worked all over the UK performing in many bands before leaving for LA in the early 90’s to secure a recording contract with record giants MCA.

A chance meeting with Jim Steinman, the legendary musical genius behind the epic multi-million selling album Bat Out of Hell, lead to him becoming her manager. Lorraine was then introduced to Meat Loaf where she was asked to put down her vocals on what we now know as one of the best-selling songs of all time. Amongst Lorraine’s other achievements she can be credited for her amazing vocals on the hit No 1 album Bat Out of Hell II – Back into Hell. Lorraine is well known for her live performances where many superstars, including Bonnie Tyler, have joined her on stage.

This new production features an incredible stage set, live band and combined with Steve’s well-known sense of humour and stage presence this is a night not to miss. Book now for Anything for Love – The Meat Loaf Story, 23 July 2022, 7.30pm, Congress Theatre, Eastbourne. Tickets priced at £29.50, Under 16s £15 book now at eastbournetheatres.co.uk or call 01323 412000.