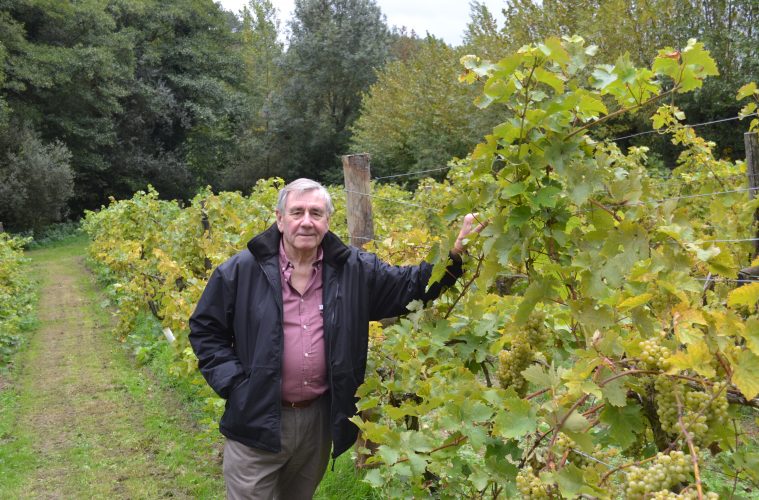 From student at Eastbourne College of Art in the 1960’s to President of Chamber of Commerce and lots more! Ian is a true Easbournian born and bred. He is the son of a Scot from Aberdeen married to an Eastbourne girl (one of 13 siblings). Ian’s father worked in the hospitality sector and his Mum was a florist. The family ran Shearer’s Stores in the town centre where Ian learned his customer service skills.

Ian graduated from Eastbourne Art College and went to work in London – it was the swinging sixties and advertising was just becoming a ‘thing’. Ian was a graphic artist and set up a studio in Soho with two other former students from Eastbourne who are still firm friends today.

From the glitzy advertising world Ian then moved back to Eastbourne to run Creative Advertising with friends Tony Burd and Chester Smith. The three friends built a very successful business and Ian saw the potential of moving into the world of print rather than design. He joined forces with another long term colleague at Manor Park Press and continued this very successful business until the need for large quantities of paper became overtaken by the use of on-line publications. Whilst at Manor Park Press Ian became President of the Eastbourne Chamber of Commerce in 2000 – he is very proud to have been President in the Millennium Year.

Ian has also been involved with some great voluntary organisation including Beachy Head Rotary Club where he helped raise £20,000 in a day at the It’s a Knockout event and also helped to raise the first £1,000,000 for St Wilfrid’s Hospice.

Now Ian is running Fizz on Foot the guided walk and wine tasting company. Ian’s ability to have his finger on the pulse of the business community is almost legendary – and he cannot sit still for any time at all! Fizz on Foot is now in it’s 8th year and has grown despite the pandemic to offer not only the guided walks and tastings but also other wine related goodies. These include wine pairing dinners at the Hydro and Lansdowne hotels and wine tasting events at the Hydro Hotel and The View Hotel.

The idea is to introduce diners and tasters to new wines that expand the experience so the supermarket wine aisle becomes an adventure rather than a confusion! Fizz on Foot now offers a range of locally produced English Sparkling Wine from local East Sussex Vineyards celebrating our fastest growing industry with over 200 vineyards in the Southeast. And not only that there are hampers with wine, cheese, chocolates and cake – what’s not to like?

And not content with all that Ian has recently teamed up with Peter Patterson to join the Newart Gallery in Eastbourne at 7 Hyde Gardens. This newest venture goes back to Ian’s roots in art and means he can help bring local artists’ work to a new audience in the town.