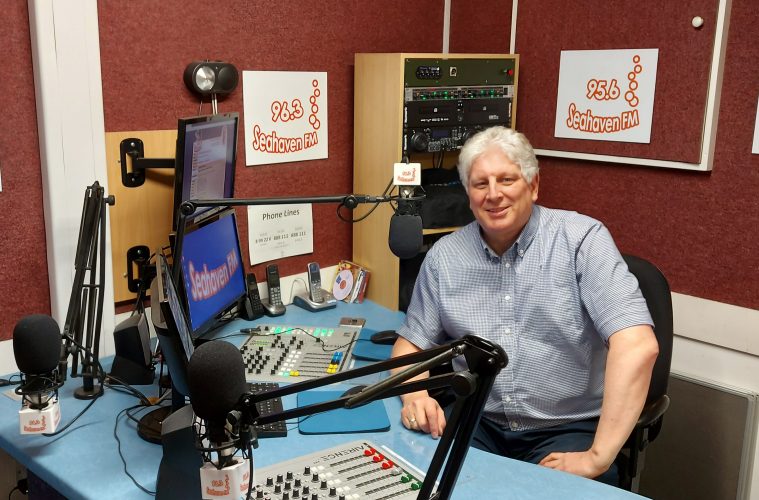 DURING the pandemic, radio listeners have realised that many of the previously local stations are now part of national networks.

Local presenters with local information, local views and the local feeling have all but disappeared.

However, in one area of radio the local flavour continues. Community Radio Stations which had grown up over the previous dozen or so years have come into their own.

One such station is SeahavenFM, which broadcasts to a group of towns and villages on the East Sussex coast. Approaching its tenth anniversary next year, it provides ‘proper locally-made radio’.

Managing Director, Nick Mallinson, recalls how it moved seamlessly from operating from its studios in Seaford Town to having programmes broadcast from its presenters’ kitchens, bedrooms and even their gardens (during the good weather).

“We just carried on with our programmes. All the usual local information on travel and weather continued. Information on local events (which were almost all cancelled) was replaced by information about local Covid-19 community support. As local companies started re-opening or operating in different ways then we spread the word.”

The station plugged itself into the information from local government, chambers of commerce and local social media and the audience responded.

“We started daily special items like the Local Lockdown Lowdown and a focus on mental health with The Feel-Good Afternoon”, says Nick. “Our twice-weekly Community People interviews became the regular post-office for messages and dedications.”

“The public responded brilliantly. One group of residents had ‘socially-distanced-barbecues’ in adjoining gardens. They asked us to play the music for them and they all tuned in. This spread to their families and friends in other parts of the country who listened on-line and had their own barbecues. Our audience grew and they were all phoning in, emailing and contacting us on social media.”

This is the local community feel which many other stations can no longer generate – a station truly working for and with its local listeners, local businesses, local charities and local government. A local MP recently wrote: “The work and benefits of local radio is best seen at times of emergency, as now. SeahavenFM’s broadcasts continue through the dedication and inventiveness of its people.”

And of the music, Nick adds: “We continue to mix hits of the last eight decades with the best of the new releases. This way we can be sure that, whatever your age, we are playing the music that you loved when you were a teenager.”

When asked what he is most proud of during the pandemic Nick simply says: “We just carried on and didn’t miss a beat. It’s our listeners that are doing great things and we are privileged to be alongside them.”

SeahavenFM broadcasts to over 40% of the East Sussex population on 95.6 and 96.3FM, it has its own App and can also be heard on-line at www.seahavenfm.com/player/.