Sussex Commissioner urges younger people to speak out about policing 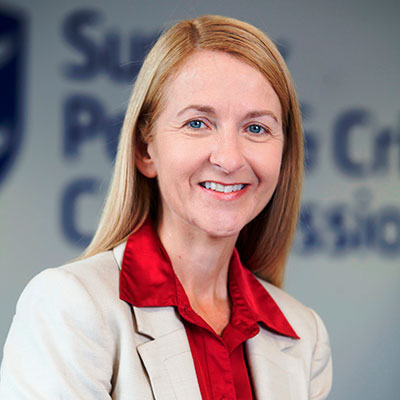 Younger people are being asked for their views about policing priorities in Sussex.

Sussex police and crime commissioner (PCC) Katy Bourne is even using a “gamified” survey to encourage them to make their voices heard and help her gather their views.

She said that the views of people of all ages were welcome but added: “In the past, we know that the majority of responses to our online polls are from residents aged 55 and over so I really want to hear from younger people as well.

“All views will be reflected in my decision-making and will help shape the future of Sussex Police.”

Mrs Bourne is targeting young people as part of a “programme of public consultations and face-to-face meetings so that even more residents can have their say in the setting of next year’s policing budget”.

She is responsible for setting the budget for Sussex Police including the “precept” – the sum from people’s council tax bills that helps pay for local policing.

She also draws up a Police and Crime Plan setting out priorities for the force in Sussex for the next financial year which starts in April.

Mrs Bourne said: “I want to ensure that all local communities are represented in my next Police and Crime Plan.”

The “gamified” survey aimed at younger people challenges players to say what policing priorities matter most by assigning “priority tokens” – against the clock – to eight key strands of Sussex Police’s work.

Mrs Bourne added that she had had been working closely with Sussex Police to plan for a range of potential post-covid funding scenarios and how they might affect existing plans and policing.

For many people in Sussex, she said, the pandemic had meant hardship and heartache and put public services under increased pressure, including the police.

Mrs Bourne said that she wanted to hear what was important to residents to help inform not just her Police and Crime Plan but spending plans for the next four years.