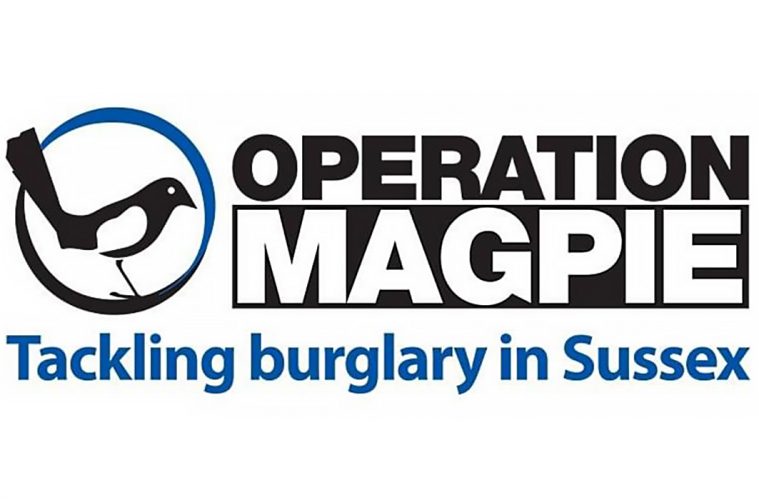 SUSSEX Police have been urging businesses to think about increasing their security and taking burglary crime prevention advice during the second national lockdown.

Sussex remains one of the least likely places to be burgled in the country, and our rate for solving these crimes is increasing, which is great news for communities. A campaign was launched earlier this month to help equip business owners with the knowledge on how to practically secure and protect their shop or commercial property while it is closed due to the Covid-19 lockdown and to prevent themselves from becoming victims of burglary.

Sussex Police is continuing to show its commitment to bring offenders to justice for burglary and has had these recent successes:

Ashley Symes was recently caught on CCTV, burgling a property in Climping at the beginning of August. He had entered via the backdoor and later identified correctly. He was charged with burglary offences, and after pleading guilty, he received a 29 month prison sentence

Anthony Morgan was arrested for burglaries occurring at the end of July. He was a prolific burglar who committed these offences in order to fund a drug habit, and once he was arrested and charged after a full admission to the offences, he also admitted a further three burglaries and one count of criminal damage. At court, he was jailed for four years and eight months.

Jack Heslip was arrested and charged with seven burglaries in the East Grinstead area in September. He has been remanded in custody awaiting sentencing for the offences.

Paul Tulley was arrested and charged with burglary at the beginning of November after a resident was woken up by a man who had broken into his home. The intruder ran off but he was later detained. Tulley has been remanded in custody by the court and he was awaiting a further court appearance.

Detective Chief Inspector Alasdair Henry said: “We are seeing some fantastic results recently for burglary crimes, and I hope this goes a long way to reassuring Sussex residents that we take this type of law-breaking very seriously in the county. We are really keen that business owners now bolster their security in light of the second lockdown, and we have a great wealth of information on how to do this on our website. We know that extra security can eat into profits, but sometimes it is a small price to pay to guarantee the safety of your livelihood.”

Sussex Police and Crime Commissioner Katy Bourne said: “I am pleased to see Sussex Police being so proactive in their approach to tackling burglary and safeguarding our local businesses. This has been a particularly challenging time for our high streets and it’s encouraging for residents to see officers solving these crimes, making arrests and robustly reprimanding burglars. Sussex Police are sharing ways in which we can make our premises safer during this second lockdown period. I’m urging residents and business owners to heed this advice.”

We have a range of resources and information on the Sussex Police website, which includes details of monitored alarms, CCTV and other crime prevention advice.

If you see a crime in action call 999 or if you have any information about a crime, report online or call 101.