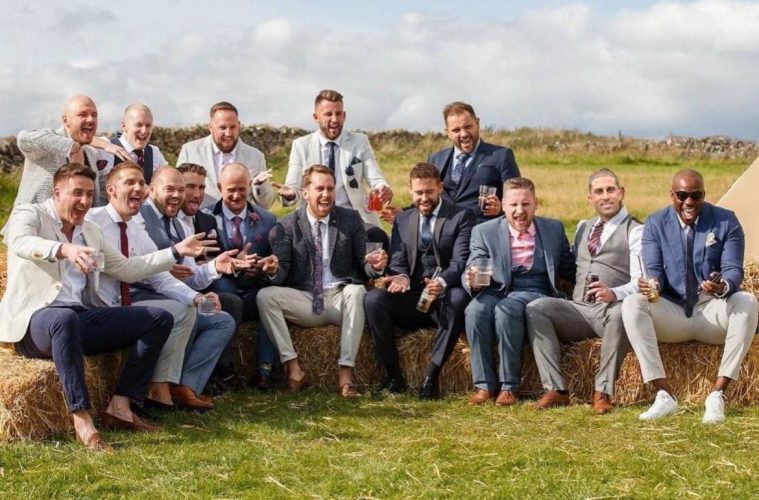 He has joined up with 14 of his university mates who will complete a mammoth challenge for their friend diagnosed with a condition causing facial paralysis.

They will undertake a 50km (31 miles) run across the Norfolk Broadlands .

The group met while studying at the University of Lincoln.

They will be raising money for Facial Palsy UK after a popular member of the group, Dean Keats, 35, developed Ramsay Hunt Syndrome before Christmas.

Ross said: “Over 15 years of friendship since our days at Lincoln Uni and we all jump at the chance of getting together.

This time though instead of all day drinking sessions and the usual nakedness that follows we have decided to keep our clothes on and raise money for a good cause.

We have all been affected by someone having facial palsy so saw it as an ideal charity to raise money for and raise awareness that facial palsy could happen to anybody.

We have chosen quite a big distance to tackle as only one of the group has ever done an Ultra Marathon before so it will be a challenge but one we all look forward to doing together and having a big celebration afterwards.”

Dad to Dylan and husband to Keshia, Dean thought he had an ear infection when he started getting severe ear ache and pain down one side of his face. The condition was initially misdiagnosed before it advanced into the onset of Ramsay Hunt Syndrome.

The virus has since entered Dean’s facial nerve and caused paralysis on one side of his face.

Dean, an otherwise fit and healthy secondary school PE teacher who plays rugby at weekends, said: “It was frightening. I spent quite some time in severe pain and was being sick relentlessly in the early stages. I had a couple of trips in an ambulance as my symptoms were that strong and scary.

“When part of your face loses its ability to function you fear the worst. I also feel slightly frustrated because I was told it was many things and wasted lots of time before being diagnosed with Ramsay Hunt Syndrome.

“Facial Palsy UK have been my guiding light throughout, offering me with all the advice I need to fight this condition – that’s why I’m so proud of the boys for stepping up and raising awareness of them.”

Facial Palsy UK’s mission is for every person in the UK affected by facial palsy to be given access to the best information, treatment and support available.

Over 100,000 people are thought to be affected by facial palsy in the UK. There are no nationally funded trials investigating treatments or cures. The long term impact of facial palsy is immense and should not be underestimated.