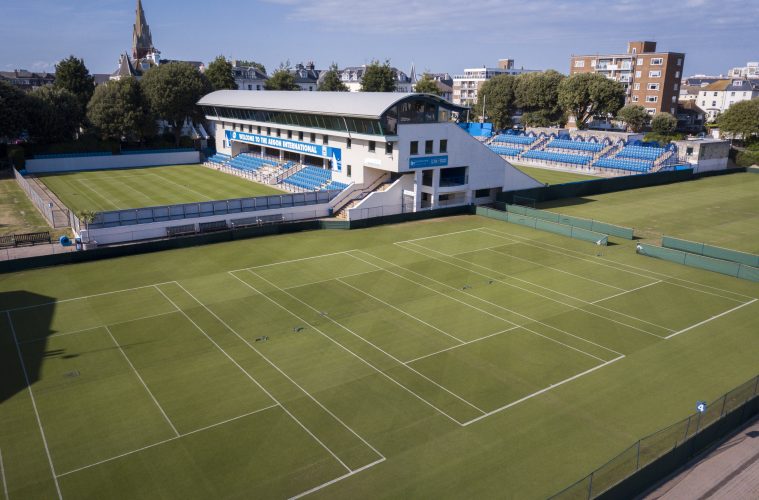 A deal was signed last week in time for the start of the tennis season and club members can play on selected courts at the venue when major tournaments are not being staged.

The club is now holding a recruitment drive for members.

Councillor Margaret Bannister, the council’s lead member for Tourism and Culture, said, “I am delighted this partnership agreement has been signed and sealed. This will allow members to play more tennis and for the club to engage new members and help people with how to play the game.”

Devonshire Park Lawn Tennis Club chairman Chris Baker said, “The committee would like to thank Eastbourne Borough Council for managing this process for us in time for the start of the new tennis season which, for us, begins with the use of three grass courts which will be available for play from Saturday 23 April, until Devonshire Park becomes a construction site for the Eastbourne Rothesay International Tennis Tournament.”

Mr Baker saidas the club has not been able to function as it should during the pandemic, at an early stage in the season a new committee will be formed consisting of old and new members to fill vacant roles. In due course volunteers will therefore be asked to step forward.

Membership fees for 2022/2023 will be £175 per adult member, payable in instalments. Junior Memberships for under 16s will be £75 per season and will be capped at 30 junior memberships in total.

Junior members must be always supervised by an appropriate adult when on site at Devonshire Park.

Discussions are also taking place with the council for a new Club One Day Competition, to be named The Airbourne Cup on Sunday 21 August, for an Open Mixed Doubles Tournament from 11am until dusk.

It will be played through several rounds including semi-finals and a final with sponsored prizes and prize money. A further announcement will be made on the competition will be made in the coming weeks.

A members ‘Season Opener’ will be held at the DQ Café at the close of play – at dusk – on 23 April and it is hoped that as many members as possible will be able to stay on for the first club social event for some considerable time.