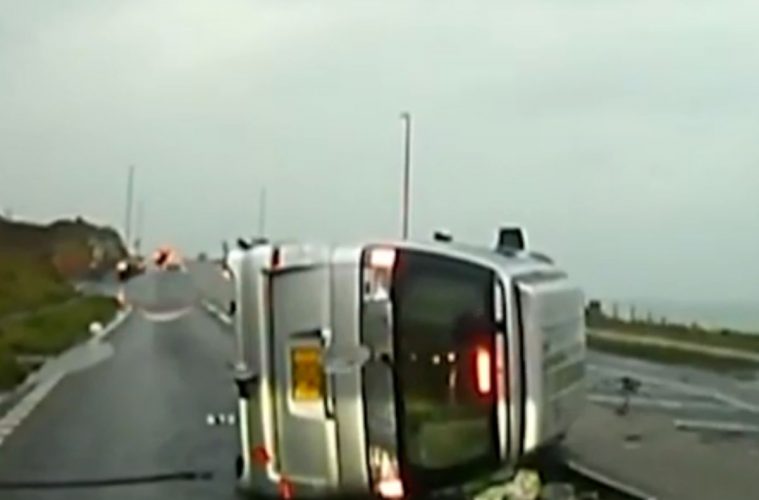 A DRIVER crashed and overturned their car after texting at the wheel in Sussex.

Now Sussex Police want to raise awareness of the ‘fatal five’ offences – speeding, drink and drug-driving, mobile phone use, not wearing a seatbelt, and careless and inconsiderate driving.

It follows a week of action during which hundreds of offences were detected on the roads in Sussex.

Officers carried out dedicated patrols from Monday 14 September to Sunday 20 September as part of Project EDWARD (Every Day Without A Road Death), a European-wide campaign supported by forces including Sussex Police and Surrey Police.

Sussex Police Assistant Chief Constable Dave Miller said: “Throughout the week, our officers provided education and enforcement with the ultimate aim to reduce the number of people killed and seriously injured on our roads each year.

“We also responded to community concerns, and in addition to the ‘fatal five’ offences, we detected excess noise, tyre, licence and insurance offences, as well as antisocial driving and riding.

“Last year in Sussex, 39 people were killed in collisions. That’s 39 too many, and families often never recover from the tragic and unexpected loss of a loved one.

“This is also about listening to and responding to community concerns around antisocial driving and riding. That’s why we proactively patrol rural locations – as well as the main roads – as part of our daily routine roads policing, 365 days a year.

“Our priority is to keep everyone safe on our roads. This is done through raising awareness, which is generally very well received by the public, and cracking down on those who commit offences on our roads.”

The incident captured in the above picture occurred in Roedean Road, Brighton, on 15 November 2019.

Enquiries revealed the driver had been using his mobile phone at the wheel, and his arm had to be amputated as a result of the injuries he sustained.

It has been released with the consent of the driver involved and the owner of the dash cam, neither of whom wish to be identified.

ACC Miller added: “While we don’t wish to shock and scare people with this footage, it’s important that road users understand the serious consequences of the ‘fatal five’ offences. By taking personal responsibility and driving safely and sensibly, you can help us reduce the number of people killed and seriously injured in Sussex and Surrey.”

Sussex Police and Crime Commissioner Katy Bourne commented: “I’m pleased to see active operations by police and partners to crack down on irresponsible driving on both our main and rural roads. I’m particularly impressed with the results from this week in support of Project EDWARD.

“The video being shared by Sussex Police is a shocking display of the consequences of dangerous driving and I am grateful to those that have agreed to share this.  It really enforces the fact that we all use the roads and must share the responsibility of ensuring the safety of ourselves and others.

“Road safety will continue to be a top priority for Sussex Police because it matters to local residents. The sobering message from this video is not to drive irresponsibly because the consequences can be dangerous and life-changing.”

Police will continue to work with partners including Sussex Safer Roads Partnership and DriveSmart Surrey on various campaigns throughout the year.

You can report an incident of dangerous or antisocial driving via Operation Crackdown.